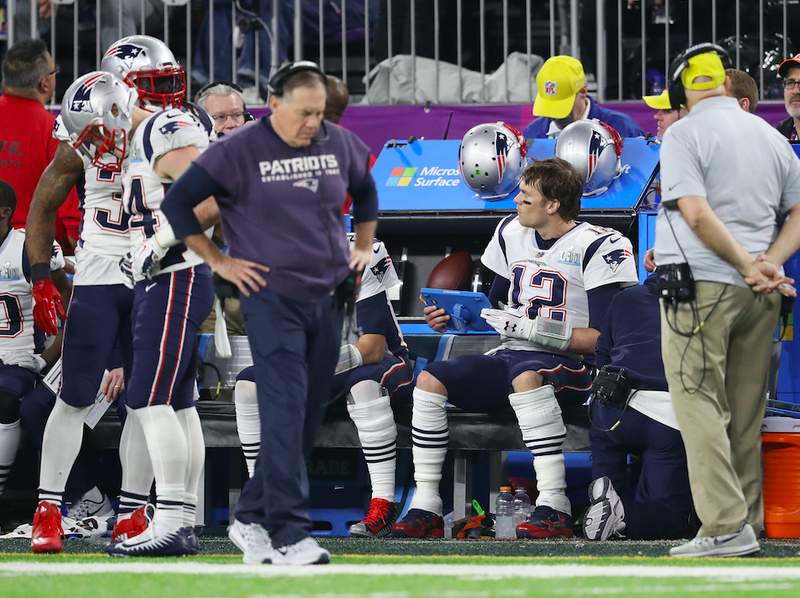 Welcome to Thursday’s Morning Mashup. For the latest news, start at our WEEI.com home page or click here for the top stories from our news wire.

-- Senator Elizabeth Warren, a Patriots fan, was asked by TMZ on Wednesday if she thinks the influence of Tom Brady and Bill Belichick will help Josh Gordon with his issues and she has confidence they can keep him on the right track.

“We think everybody does better when they’ve got Belichick and Brady on their side,” Warren said. “That’s how it works in New England.”

“This is great,” she said of the Gordon move. “The Pats are a great team but they always get better so watch for them this week.”

-- Vontae Davis released a statement following his surprise retirement during halftime of the Bills loss to the Chargers on Sunday and now he is speaking out on his decision.

In an interview with The Undefeated, Davis said he realized what he had to do with 47 seconds left in the first half.

"I went to the bench after that series and it just hit me," he said. "I don't belong on that field anymore."

Davis said for much of the first half  he “didn't feel right, I didn't feel like myself.”

He then went up to defensive backs coach John Butler and told him, "I'm done."

The team chaplain and the Bills player development director tried to get him to change his mind.

"I didn't expect them to understand," Davis said. "That moment was shocking to me as well."

He also said he has no regrets about the timing of his retirement.

"Leaving was therapeutic," he said. "I left everything the league wanted me to be, playing for my teammates while injured, the gladiator mentality, it all just popped. And when it popped, I just wanted to leave it all behind. So that's why I don't care what people say. That experience was personal and not meant for anyone else to understand. It was me cold turkey leaving behind an identity that I carried with me for so long … My intention was not to hurt my teammates," Davis said. "In that moment, my intuition was telling me I don't belong on that field anymore."

QUOTE OF THE DAY: "It’s going to be difficult for Josh Gordon because, as a former player myself, I know everything that it takes to get to Sunday when you don’t have problems. I mean the distractions from family and friends or college teammates and high school friends, the physical practice, mandatory workouts, being on time for treatments if you’re getting better, the maintenance appointments, taking care of your body, the mental pressure of practice, if you make mistakes, how they must be fixed, how they’re handled in those meeting rooms or on the field, and add on to all of that, addiction problems.” -- Tedy Bruschi, on Josh Gordon joining the Patriots