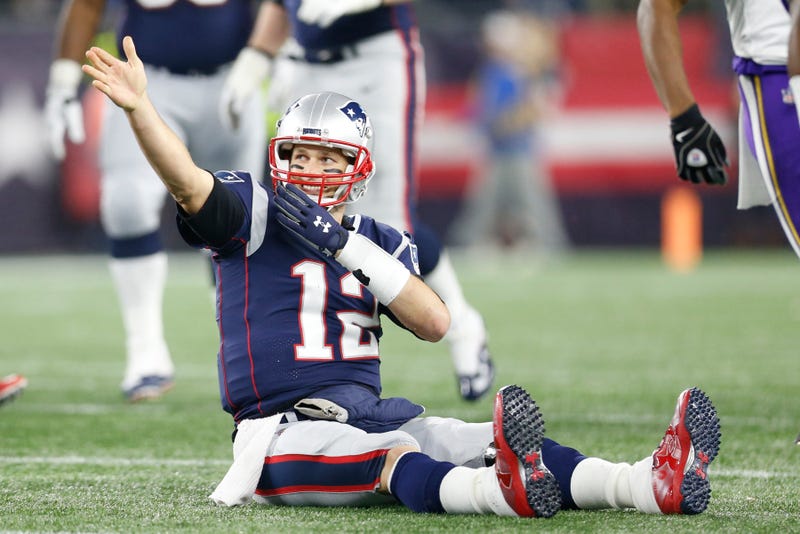 Welcome to Thursday’s Morning Mashup. For the latest news, start at our WEEI.com home page or click here for the top stories from our news wire.

-- Waffles are not a part of the TB12 diet but that apparently doesn’t stop Tom Brady.

During her appearance on The Ellen DeGeneres Show, Gisele Bündchen talked about her husband and his talent for making waffles.

“He’s an amazing waffle maker,” she said. “He makes great waffles.”Bündchen explained Brady makes them from scratch and keeps his recipe is top secret.

“He has a secret recipe, which I’m sure there’s some package thing involved,” she said. “I have never seen him making it because he literally won’t let me see it. He jokes with me, he says, ‘I can’t give you the secret otherwise you won’t need me anymore.'”

She also talked once again about wanting Brady to retire from football.

Bündchen said she wouldn’t “want to have his job” because of the physical toll it takes, but “it’s definitely something that you get concerned [about> … he loves it so much, and you got to let him do what he loves.”

-- Roger Goodell held a brief press conference on Wednesday to recap the Winter League Meeting and he was asked about the TMZ video of Kareem Hunt assaulting a woman.

The league’s front office was unable to secure the video of the incident that TMZ had no issue finding and releasing to the public. Goodell said this is because the league chose not to obtain the footage.

"Well, first off, we don't pay for video evidence," Goodell said. "We don't have the -- from our standpoint -- we think that that's not appropriate for a league organization to do that."He said the league did reach out to the police department and the hotel where the Hunt incident occurred. But never got the video.

"We obtain material that we have access to," Goodell said. "We look to do that, but we're not going to do it by corrupting people or trying to find a way to bribe them into giving us video. That's not what we do."

"I think what we're doing as a league is extraordinary," he continued. "We have -- I think -- some of the highest standards of any organization. We take this seriously. We have zero tolerance for violence against women, and as a league, I think we've responded very quickly."

The Chiefs released Hunt 72 hours after TMZ released the video.

QUOTE OF THE DAY: "He’s a dangerous man. He’s Gronk. He’s a vertical matchup. He’s a big-time play-maker. He’s good with the ball in his hands after the catch. He’s a big-time competitor. It is a serious job to work to minimize his impact on the game." -- Mike Tomlin, on Rob Gronkowski