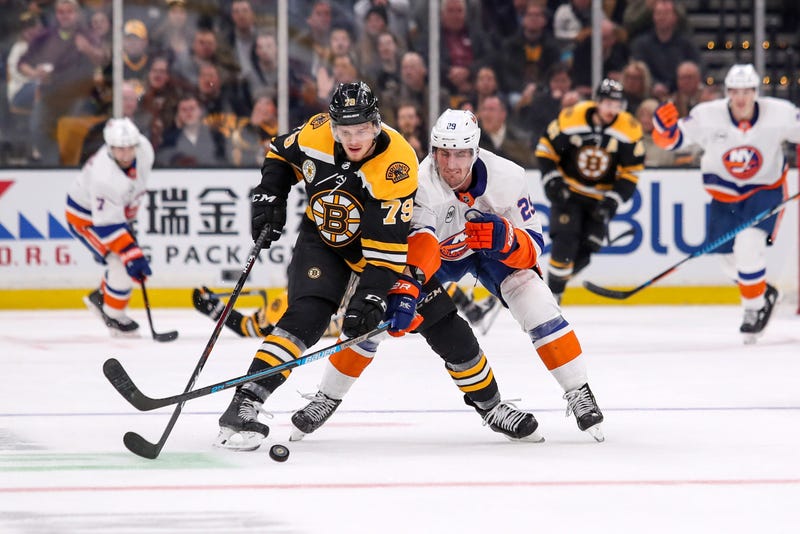 Bruins rookie defenseman Connor Clifton felt like he wasn’t playing his best during practice at Warrior Ice Arena on Monday.

“Yeah, I felt a little sluggish, definitely. ... I wasn’t getting that full stride in,” Clifton told WEEI.com.

It turned out coach Bruce Cassidy also noticed a “sluggish” Clifton, in addition to a struggling Jeremy Lauzon. As Cassidy put it, he didn’t “like their practice habits today.”

So after formal practice was over, Cassidy, once a NHL first-round pick as a defenseman, took his two youthful pupils to center ice and put them through about 15 to 20 minutes of extra drills. After the drills each player needed time to catch his breath.

Normally, Cassidy would leave the extra work with the young defensemen to assistant coach Kevin Dean. But these were special circumstances.

“Part of it is a kick in the ass, I’m not going to lie to you,” Cassidy told WEEI.com.

The two rookies appreciated the wakeup call and extra attention from their coach.

“I think he just wanted us to be better, work on some things. I think that’s perfect. I think we’re still young, we need to get better and we need to keep improving, so that’s good if he wants us to do it,” Lauzon said.

Said Clifton: “It’s good. I mean we’re younger guys and I guess he wants us to be the best we can be in practice and he didn’t see that that today. So we got a little extra work in that the end, which was great.”

Clifton is averaging 17:41 of ice time through his first eight games of his NHL career. But he was down to 15:10 against Detroit on Saturday. Lauzon is averaging 15:21 and has been an important member of the Bruins’ penalty kill. Both players are getting a shot because the Bruins are still without Zdeno Chara, Charlie McAvoy and Urho Vaakanainen because of injuries. None are imminently ready to return, so the rookies are going to have to keep learning and growing while making sure the Bruins stay afloat in the standings, continuing with the Bruins' game at the Florida Panthers on Tuesday.

The extra session Monday was about more than just opening the rookies’ eyes to some subpar practice performances. Cassidy also wanted to stress to the duo that they each have to limit the time they spend making plays on their backhand side. That type of stuff might’ve worked in the AHL, but in the NHL it can spell trouble.

“Especially I think for me, in junior I played my right ... so it was something I was using, playing on the offside, and I need to think about not using it, just keep it simple,” Lauzon said.

Clifton said he hasn’t really noticed his reliance on his backhand but he’s sure Cassidy knows better. So he’s going to try to put what he learned Monday to use.

“I don’t think I’ve noticed but I’m sure I have sometimes, when I can make a stronger play on my forehand, so put a little more emphasis on it,” Clifton said.

We'll see if the extra work and tips from Cassidy pay off against the Panthers.