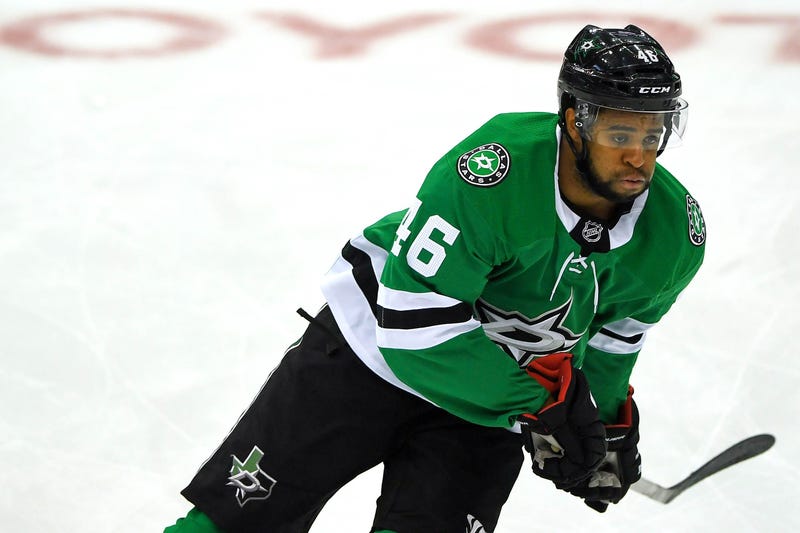 The Bruins have been searching for a spark for their forward corps and Thursday that search led them to claim Dallas Stars forward Gemel Smith on waivers, according to several reports, including a tweet from Sportsnet insider Elliotte Friedman.

Smith, 24, was a Dallas fourth-round draft pick in 2012. He has been a healthy scratch for half the Stars' games this season, compiling 2-1-3 totals in 14 games.

The Bruins have gotten 13 even-strength goals from players considered to be part of their bottom six (including the recently demoted Anders Bjork and the recently scratched Jakob Forsbacka Karlsson). They might be able to live with that if they were getting more physicality from those same players, but their 5-0 loss in Florida on Tuesday was just the latest example of them not producing offensively or pushing back phyiscally. Smith may be able to help with the latter more than the former.

At 5-foot-11, 195 pounds, Smith still plays a physical style that can take a toll on opponents but also himself, as former Stars coach Ken Hitchcock told the Dallas Morning News last season.

"When Smitty's energy is high, he is a really good player," Hitchcock said. "But he has a really difficult job, because he plays a big man's role. He's physical and he really hunts and hounds the puck, and that requires a lot of energy. We like what he brings, but sometimes younger players wear themselves out."

Hitchcock played Smith in 46 games last season and got 5-6-11 totals out of him. But last season Smith was assisting the Stars in other ways and that showed up in the analytics, Matthew DeFranks wrote in the Dallas Morning News:

Smith bid farewell to his team at the Stars' practice and it's unlikely that he would be available to play Thursday in Tampa, but expect him to join the Bruins lineup soon.

The team is a family and it's never easy seeing someone leave.Gemel Smith says goodbye to his teammates after being claimed off waivers by the Boston Bruins this morning. pic.twitter.com/OchvtO2AKZ