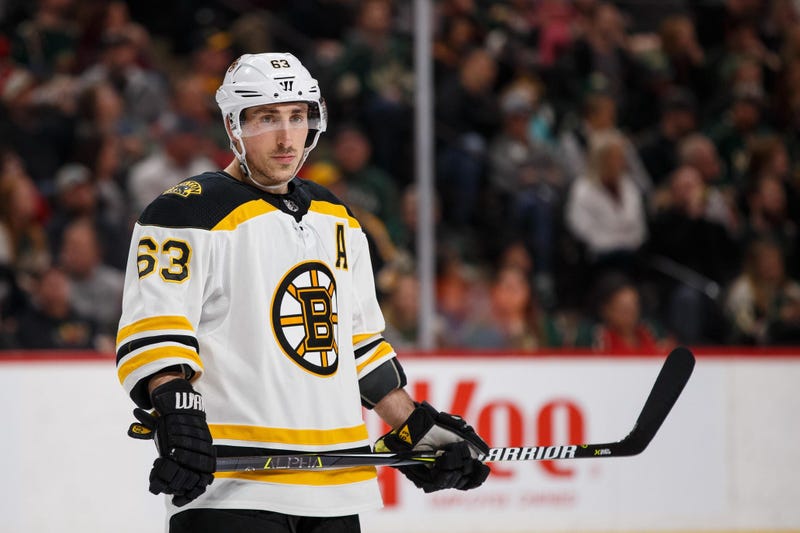 Former NHL general manager and one-time Stanley Cup champion (with Anaheim in 2007) Brian Burke, now a Sportsnet talking head, pleaded with Bruins forward Brad Marchand to “stop being a clown” during Burke’s "To The Point" segment between periods of the Edmonton-Calgary game on Saturday.

Marchand picked up 18 minutes in penalties, including a 10-minute misconduct for waving a white towel on his stick from the penalty box, in the Bruins’ 1-0 overtime loss at Dallas on Friday. Marchand, who has 21 points (six goals, 15 assists) in 20 games this season, leads the NHL in penalty minutes with 66. Zack Kassian of Edmonton is second with 42.

"They're going to give him every chance to fail. They're not going to throw him away just because he's battling right now."@DavidAmber and @Burkie2020 discuss Mike Smith, Brad Marchand, and more in the latest To The Point: https://t.co/UUjsSzce2n

“I can’t stand the clown show. The licks, the kisses, the slew foots, the antics with the fans, the white towel. Why does such a quality hockey player have to engage in a clown show like this?” Burke asked of Marchand, who has been suspended by the league six times in his career.

Burke stressed how much he likes Marchand’s play and how seemed baffled why Marchand doesn't follow the classy examples Patrice Bergeron and Zdeno Chara set for the Bruins.

While a montage of some of Marchand’s worst antics played, Burke said:

“It hurts the league’s image, it hurts the Boston Bruins’ image and it ruins his image, which is a shame, he’s a quality player.”

Burke must’ve been pleased Saturday because Marchand was on his best behavior in the Bruins’ 2-1 win at Arizona. Marchand stayed out of the penalty box and had an assist on Jake DeBrusk’s goal.