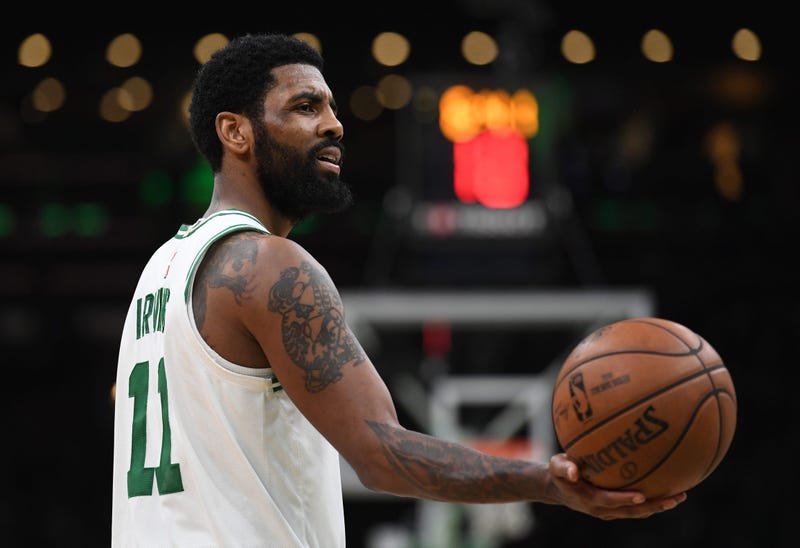 Say what you will about Kyrie Irving and the drama that’s surrounded him, but the Celtics absolutely fleeced the Cleveland Cavaliers in the trade that brought Irving to Boston in August of 2017.

Isaiah Thomas. Jae Crowder. Ante Zizic. A 2018 first-round draft pick from the Nets that turned into Collin Sexton. That’s what the Cavs directly took away from the deal.

Well, actually, Cleveland got 15 games out of Thomas, 53 games from Crowder before shipping him to the Jazz in 2017-18. Sexton had a quality rookie season, averaging 16.7 points per game with a 43.0 field goal percentage (40.2 from three), but he’s not exactly expected to lead Cleveland to the promised land.

Cavs owner Dan Gilbert might argue otherwise though. Based on his recent comments to Terry Pluto of The Plain Dealer, he may think Sexton is the next big thing. Because he somehow believes the Cavs won that deal.

“We had to trade him when we did,” Gilbert said. “What team would want Kyrie with only one year on his contract knowing he could leave after the season? You won’t get much back (under those circumstances).

“The agent was telling us, if we don’t trade him, there is some surgery he is on the borderline of having on his knee. It was possible he could be out for most of the year. It turned out to be true.”

First, Irving had two years left on his deal. That made absolutely him more appealing in 2017, but he if only had one year left on his deal this would be a different conversation. Much like with the Anthony Davis situation, it would’ve been a much greater risk on the Celtics end and the haul Cleveland brought in might’ve made them the ultimate winners.

Second, the state of Irving’s knee, combined with the fact he wanted out of Cleveland, made almost any deal the Cavs could conjure up decent. But then Gilbert claims Cavs general manager Koby Altman “killed it” looking back at the moves that followed.

Now, Altman made more out of the situation after shipping out Irving. But to what end?

Zizic had done next to nothing.

Thomas, however, was sent to Los Angeles with Channing Frye and a pick from last year’s draft for Jordan Clarkson and Larry Nance Jr.

Nance is a strong rebounder (8.2 per game in 2018-19) and averaged 9.4 points per game on 52.0 percent shooting off the bench last season. Aside from Sexton, Clarkson is the one player who’s shown some sort of scoring potential. He averaged 12.6 points per game off the bench when he first went to Cleveland, then 16.8 a night last season. At the same time, it takes him 14.6 shots per game to post that scoring average. That’s more than everyone on the Celtics, except Irving.

The point is, after making a few more deals, the Cavs walked away with a better package than the Celtics originally shipped them — especially considering Thomas’ health. But the C’s were able to turn an injured Thomas, who hasn’t done much since being shipped out of Boston, and a few other pieces into a superstar. Sure he brought drama, 2018-19 was disappointing and his future with the Celtics is in question — such a very glowing review — but it’s proven he can be an impact player on a team contending for an NBA title. Irving is one of the best players in the league.

Whether or not you want Irving to leave for New York or wherever else — which Gilbert expects Irving to do — acquiring him when the Celtics did was the right move and the Celtics would’ve been in trouble with Thomas sidelined and the young group forced to take control of the 2017-18 season early instead of Irving guiding them to a 41-19 record in the 60 games he played.

The Cavs made a lot out of a bad situation, but to think they somehow won this deal is a stretch.