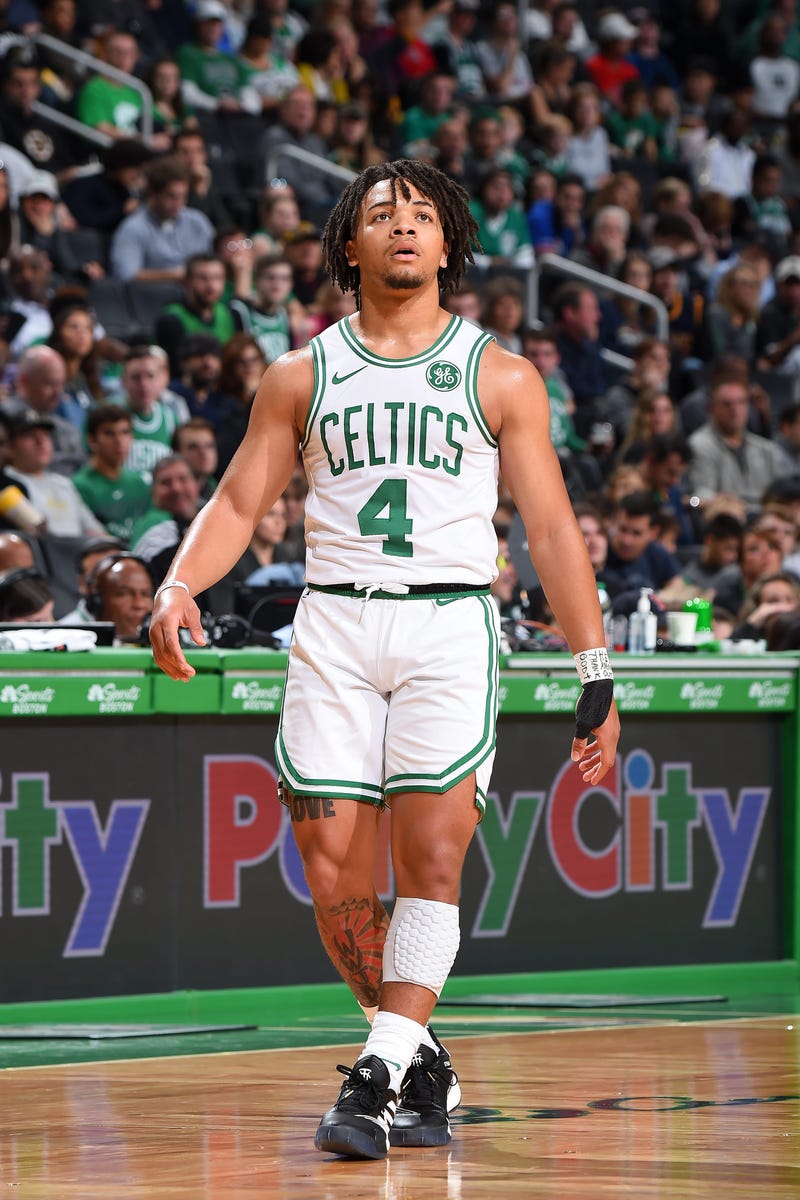 The Celtics starters barely broke a sweat against the Cavaliers in Sunday’s 118-72 win.

Kemba Walker (12 points), Jaylen Brown (10) and Daniel Theis (10) were three of the five Celtics to finish in double figures. All three of Walker’s field goals came from beyond the arc. He also scored three from the line.

Jayson Tatum had a quiet night offensively, only scoring four on 2 of 9 shooting. But he still had an impact, finishing with a team-high nine rebounds in 19 minutes.

With the Celtics leading 59-26 at halftime, the bench was able to log extra minutes. Here are some takeaways from the Celtics reserves’ performances:

—The only five reserves to play in the first half were Enes Kanter, Marcus Smart, Semi Ojeleye, Carsen Edwards and Robert Williams.

—Edwards scored 11 points on 4 of 6 shooting. He only went 1-for-3 from three, but Edwards is proving he can score from inside the arc, as well.

It seems the 2019 second-round pick has inserted himself into the C’s rotation early. The same cannot be said yet for Grant Williams or Romeo Langford, the latter of which left Sunday’s game early with a right knee sprain.

—Ojeleye isn’t quite where he needs to be on defense. He started the second half with Kanter and the young guys — Robert Williams, Langford and Edwards. The fact he needs to be out there in those situations, unlike Smart, means the Celtics are still looking for more from the wing.