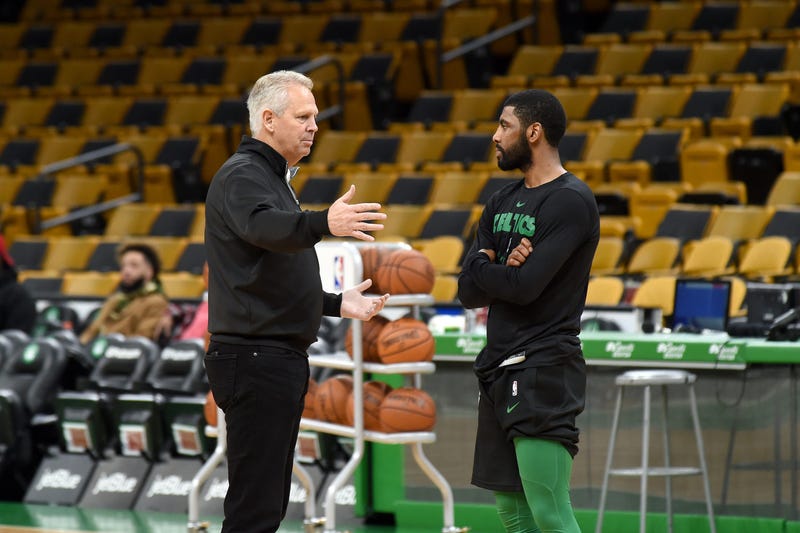 Now that Aron Baynes is gone and both Al Horford and Kyrie Irving are expected to leave town once NBA free agency kicks off on June 30, questions about where things went wrong for the Celtics have started to pop up again.

Baynes being traded is fairly cut and dry. Horford’s situation at least seems a little clearer than Irving’s — reports indicate Horford is getting a lot of money. Plus, with Boston, understandably, not viewed in the same light as it was last year, taking a team discount wouldn’t make much sense for him.

The most perplexing part of this fiasco has, of course, been Irving wanting out. For all the disappointment the team brought in 2018-19, this was his team. That was supposedly what he wanted when he left LeBron James and Cleveland.

While it appears there was a list of problems that led to the letdown, Irving could still make Boston his home with his guys. If he wants Terry Rozier gone, Boston doesn’t have to re-sign him. Hypothetically, if he didn’t think Marcus Morris was a fit, again, don’t re-sign him. And the Celtics could have packaged Jaylen Brown or others to move forward with whatever Irving’s vision was. In more than one way, star players have an impact on how teams are built across the NBA. That’s just how it works.

So it seems like Irving had the scenario he wanted. But it turns out there was one slight flaw.

On a recent episode of ESPN’s “Brian Windhorst and The Hoop Collective,” Jackie MacMullan — who’s had her finger on the pulse of Irving’s situation better than anyone — explained what appears to be the crux of the issue.

If Irving’s reported frustrations weren’t perplexing enough, this report comes on the heels of Ainge telling Kyle Draper on NBC Sports Boston’s NBA Draft show he and Irving had a good relationship.

"Kyrie has always been respectful with me," Ainge said. "Our 1-on-1 relationship has been good. He’s been open and honest with me from Day One. I have no issues at all with Kyrie."

Danny Ainge discusses the team's communication with Kyrie Irving and their 1-on-1 relationship pic.twitter.com/Sj0SC3AC1B