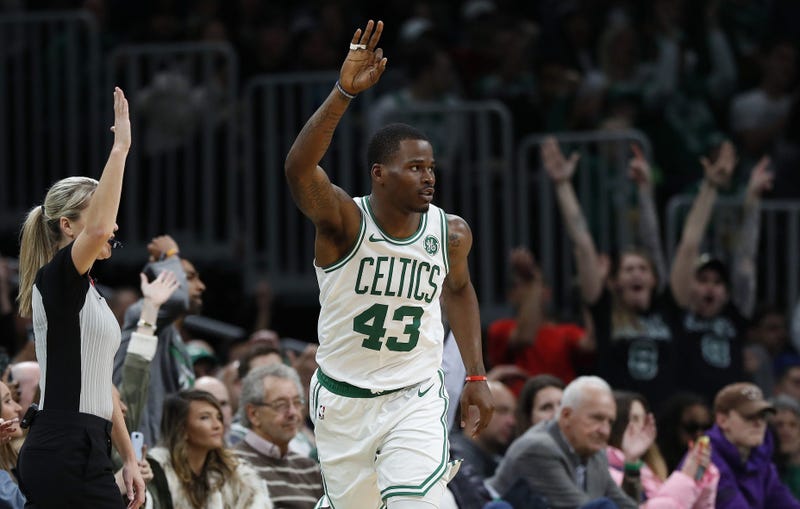 When Monday’s game against the Mavericks was tied at 86-86, one of the five Celtics on the floor wasn’t even on an NBA roster last year. Now, that might not be surprising if the Celtics were floundering, but they’re not. They’re doing just the opposite.

Now, there is an opportunity for others to contribute as a result of Gordon Hayward’s injury. Even with that being the case, Javonte Green wasn’t told by Brad Stevens he might see minutes in a tightly-contested game against a good Western Conference team.

“Of course, you hear the chatter around the locker room,” Green told WEEI.com “But Brad didn’t come up to me personally.”

Green logged the third-most minutes off Boston’s bench (13), trailing only Robert Williams (17) and Brad Wanamaker (21) — on a night that felt like something of a tryout for a share of Hayward’s minutes. All three continue to do well off the bench, as has Grant Williams on most occasions.

But Green is still the biggest shock of all.

Only a short while ago he was fighting for a chance to wear a Celtics uniform. Not many expected he’d come off the bench, never mind be on the floor with the game hanging in the balance.

Even Green stated after Monday’s win “I never expect to play,” though he made a point to note he’s always ready for his name to be called — as if his actions didn’t already get the message across.

Maybe there will come a point where Green shows up to the Garden knowing he’s going to play.