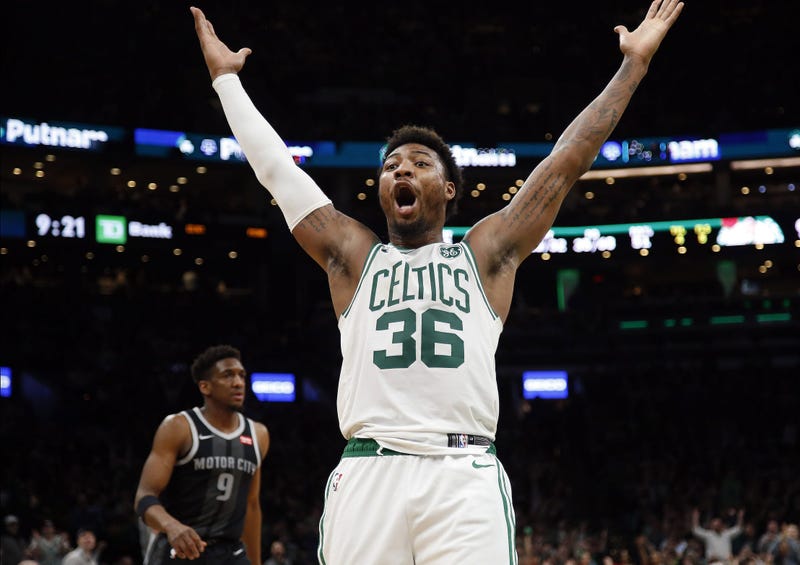 It took longer than Celtics fans probably would’ve liked, but Marcus Smart has finally earned recognition from the rest of the NBA for his defensive prowess, being named to the NBA All-Defensive First Team for the first time in his five-year career.

The teams are selected by 100 writers and broadcasters, in which players receive two points for a first team vote and one for a second team vote. Smart led all guards 145 points and 63 first-team votes. Bledsoe finished with 36 first team votes and 100 points.

So happy for my guy Smart!! He deserves that. Shoulda had a couple of those on his resume already

Smart is also the first Celtic to be named NBA All-Defensive First Team since Avery Bradley did so in 2015-16.