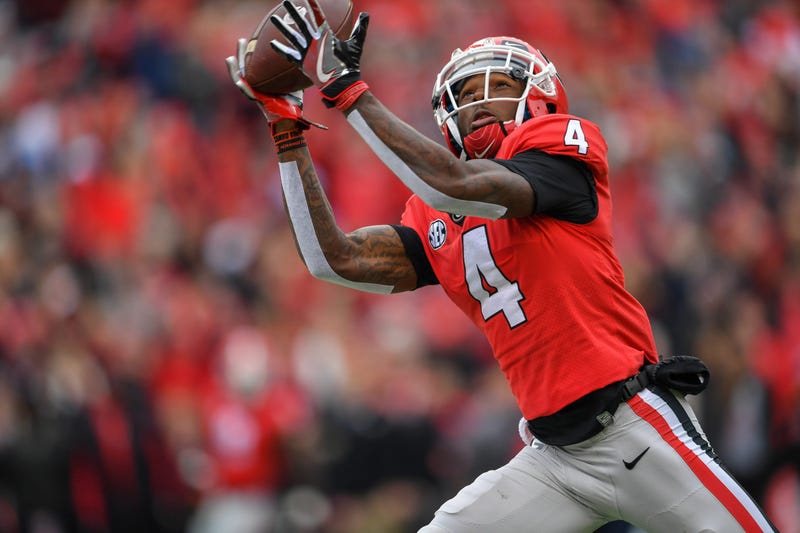 The 2019 NFL Draft is finally set in stone and it looks like a few teams have made some legitimate improvements. For some, it won’t matter, they’ll still have a rough 2019. For others, they’ll at least be able to put up a fight throughout the year and actually improve. (Then there’s the Giants.) But it doesn’t look like anyone will dethrone the Patriots in the AFC this year, not based on the draft at least.

However, some teams will be tougher to beat in 2019 and perhaps in years to come — despite Tom Brady’s inverted aging process. Here’s a look at how the AFC teams chasing New England did with their draft:

Overview: The Bills went after a couple of non-power conference players in defensive tackle Ed Oliver (ninth overall) and running back Devin Singletary (74th overall). There’s some natural risk that comes with those types of players, especially with a skill position player like Singletary (Florida Atlantic). He could roll off a hit in college, but how will that translate to the NFL level? If he can turn into a change-of-pace back or a goal-line guy, then that’ll be a win for the Bills — who now have Singletary, T.J. Yeldon, Frank Gore, and LeSean McCoy.

For the sake of the Jets front office, Le’Veon Bell better be close to as advertised. Because New York didn’t do much in the draft to ensure it has other options offensively. Instead, the Jets loaded up on defense. Why not, right? Today’s NFL is all about defense anyways. Teams like the Chiefs or the Patriots never make it deep in the postseason.

In all seriousness, the Jets didn’t make as big a mistake as the Giants did, taking Daniel Jones ninth overall to be their quarterback of the future, so they’ve got that going for them, which is nice.

Whenever seedlings from the Bill Belichick coaching tree try to build their own system they seem to take ideas from their old boss. It makes sense, he is the best ever, after all. There are some borrowed concepts that are more obvious than others, but Brian Flores may have set a new bar for being a Belichick copycat.

Not many teams utilize fullbacks like Belichick does, especially since James Develin entered the league. From the looks of it, Miami is at least entertaining a similar idea. Why else would they draft fullback Chandler Cox (seventh round, Auburn) when no one else sniffed a fullback the entire draft?

Mecole Hardman has the ability to be the same type of player as Tyreek Hill, though maybe not on the same level. They’ll need Hardman to be something similar since Hill is likely done for life (rightfully so).

The other interesting pick for the Chiefs was sixth-rounder Rashad Fenton (cornerback, South Carolina). He may not be great at stopping the run, but that’s not what you’re paying a guy from the secondary to do typically. You want someone who can stop the air-attack, which he can, from the slot, wide and deep. He’s a late selection but is versatile. The only drawback is it could take Fenton a little while to reach his full potential.

The Chargers made it a point to get better up the middle defensively in the draft. They took two defensive tackles (Jerry Tillery, first round, Notre Dame and Cortez Broughton, seventh round, Cincinnati) and an inside linebacker (Drue Tranquill, fourth round, Notre Dame). The thing is, the Chargers were very good defensively last year. They held opponents to 20.6 points per game, only slightly below the Patriots (20.3) and eighth in the NFL. However, the defense didn’t hold when Los Angeles went to Foxboro for the playoffs. New England was like a hot knife through butter. That may have been a factor in who was added via the draft.

Deshaun Watson is Houston’s everything. He got sacked 62 times last year. That’s tied for the fifth-highest total in a single season in NFL history and the most since Joe Kitna went down 63 times behind the Detroit line in 2006. So it’s no wonder the Texans took two offensive tackles in the first round. Clearly, last year’s line couldn’t get the job done.

Also, Houston may have taken Charles Omenihu (fifth round, Texas) late, but adding a young athlete to an already impressive defensive line (J.J. Watt and Jadeveon Clowney) could help the Longhorn turned Texan become something special.

Indianapolis had the busiest draft of any team on this list. They grabbed Rock Ya-Sin (second round, cornerback, Temple) whose jersey will be flying off the sales rack in no time. Ya-Sin is actually one of three defensive backs Indy took in the draft. They also added three outside linebackers. Their defense wasn’t bad last year (10th in points allowed per game) but their offense is definitely their strong suit.

The Colts added Parris Campbell to their receiving core (second round, Ohio State). With the right coaching, this guy could be a top-notch receiver in the NFL. (Might be someone worth keeping your eye on as a late-round flier in fantasy football.)

Lamar Jackson will have a few new toys to play with as Baltimore’s quarterback. He has two wide receivers (Marquise Brown, first round, Oklahoma and Miles Boykin, third round, Notre Dame) and running back Justice Hill (fourth round, Oklahoma State). Hill takes care of the ball and has some moves to go with his speed (4.40 40-yard dash) Don’t sleep on that guy.