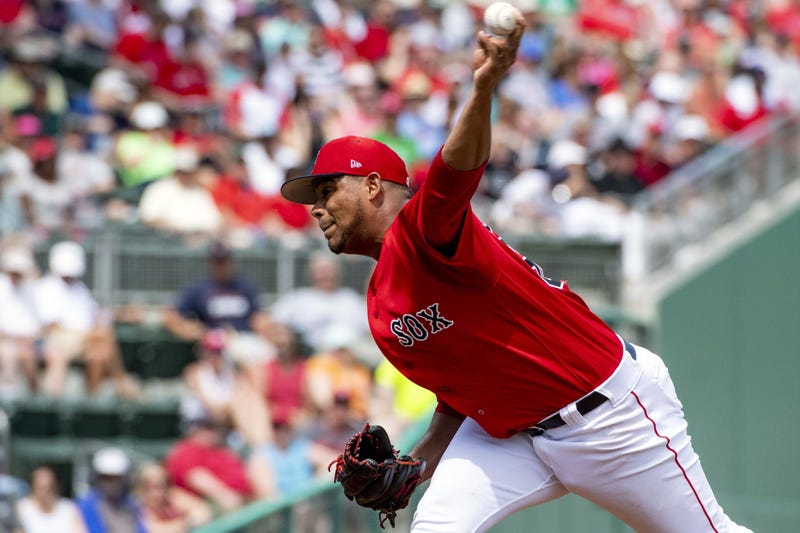 In a weekend that was filled with losses throughout the Red Sox farm system, Darwinzon Hernandez had one of the few successful pitching performances. The lefty bounced back in Double-A Portland’s 5-4 loss to the Binghamton Rumble Ponies (Mets) after giving up five earned runs to the Hartford Yard Goats (Rockies) on three walks and two hits over 2/3 of an inning on April 29.

Hernandez had his longest outing of the year in the Saturday loss, lasting 5 2/3 frames. He walked three and gave up two hits again, but managed to spread those mistakes out this time around. He also struck out five.

Control continues to be the 22-year-old’s biggest issue. In his 16 1/3 innings of work, 13 hitters have reached via the walk (he has also hit one batter).

On the same day as Hernandez’s start, Dustin Pedroia had his biggest offensive performance of any rehab start he’s made this season. Pedroia knocked in Marcus Wilson with a first-inning single to center and would finish the day with two more hits to his name. Pedroia played seven innings at second base but only had to field one groundball.

The second baseman played Sunday for the Sea Dogs, as well. He fielded one grounder and turned a double play in the fifth inning before he was pulled for the top of the sixth. Pedroia didn’t have as much success at the plate on Sunday, grounding into a double play and flying out to left field in his two at-bats.

Adam Lau finally saw his scoreless streak snap over the weekend. The righty gave up two earned runs (plus one unearned) in Portland’s 5-4 loss on Saturday. He was saddled with the loss after giving up the game-winning hit in the top of the 10th.

Durbin Feltman has given up four earned runs in consecutive outings, bringing his season ERA to 11.00. The righty walked two and gave up two hits, one being a home run, in his one inning of work in Portland’s 6-5 loss on Sunday.