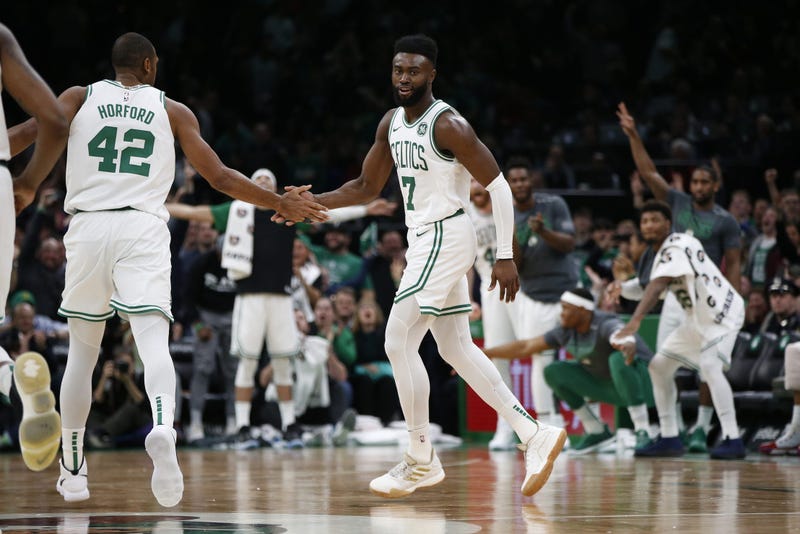 Given the current situation, a team asking the Celtics about Jaylen Brown’s availability would seem like one of the more ridiculous things to happen to this point in the very young NBA offseason.

But, based on the report from Adam Himmelsbach of the Boston Globe, there may, in fact, be teams who will inquire about Brown. The report also states the teams “wondering about Jaylen Brown’s availability” are “near the top of the draft.” Unless it’s Zion Williamson — which would be even more ridiculous, but on the other end of the spectrum — there doesn’t seem to be a reason for the Celtics to consider any offers.

Even if the picks gave Boston a shot at Ja Morant (expected to go to the Grizzlies at No. 2) or RJ Barrett (projected No. 3 to Knicks), it would be a significant risk.

The highest the C’s would likely be able to go is the fourth pick, which now belongs to the Pelicans following the Anthony Davis trade with the Lakers. However, Boston is interested in moving up in the draft, according to ESPN draft analyst Jonathan Givony, where the C’s might be able to get point guard Darius Garland, unless the Knicks take him over Barrett.

One way a move involving Brown and the No. 4 pick could make sense for the Celtics: Boston plans to go after a high-priced wing with Garland expected to receive minutes right away.