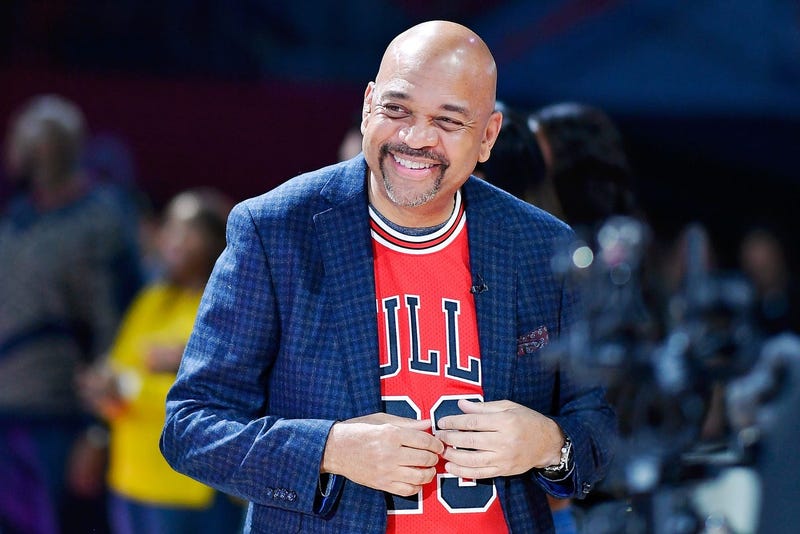 Michael Wilbon had been on WEEI numerous times throughout the years -- at least seven times over the past decade. But the "Pardon the Interruption" host hasn't reemerged on the station since calling into the Dale & Holley Show with Rich Keefe in 2017. During a segment on his ESPN show Thursday Wilbon -- who was offering pointed takes on racism he has experienced in Boston over the years -- offered some clarity on his absence.

"There’s too many times where I’m baited into something, and I wind up screaming at the hosts, and they don’t own it," Wilbon said. "They — the fans, the residents, New England — they don’t own it."

The only times I've been called the N-word to my face in public have been in Boston Garden. I'm shocked at this admission by the Red Sox pic.twitter.com/46W4CEpLfI

He did go on to explain that this boycott came despite "some hosts I love."

Wilbon's issue with the station appears to stem from that last appearance in which he got into a spirited debate with Keefe regarding the incident where Rob Gronkowski pile-drove his elbow into Buffalo cornerback Tre'Davious White's head. At one point Wilbon responded, "“Racial politics come into everything. And I’ve been on this radio station for a number of years and you’ve asked me the same question, I’m going to answer it the same way 25 years ago, today, and 25 years from now. Race factors into everything so I don’t want to hear anybody say I don’t see color because that’s a damn lie."

Friday, Keefe joined Dale Arnold and Andy Hart in reflecting on the 2017 interview and the accusation Wilbon was being "baited."

"It’s his opinion to think he was baited or to think I or Dale had an agenda. I’m honest to tell you that is not true," Keefe said. "I don’t know where these interviews are going to go. … I would have questions in mind or you also see where the interview is going to go. We had talked about the comments those guys made on Pardon the Interruption before. But you don’t know how the person you’re talking to is going to react. I’m sure there are interviewers that do this but I’ve never tried to lay traps and be like, ‘I know this question he’s going to lose his mind and it’s going to be the sound byte ever.’ I don't think that way. I don’t know if there is anything that will change his mind on that but that’s honestly the case for me."

Keefe made a point to go back and listen to the 2017 interview prior to Friday's show, coming away with the following analysis:

"I think what ended up happening, it ended up being three different conversations in one and it became a little confusing.

"I was just curious why he was so adamant to point out the fact that what Rob Gronkowski did was to a black player. And then he even said to his credit, ‘No, no, no. I don’t think what Gronkowski did was racially motivated.’ I was still hung up on why even bring it up and you’re not even acknowledging why you would throw that detail in there."

"I don’t think Wilbon was baited at all. I think what happened was we listened to that conversation … I mean, those guys do a show every day and we don’t talk about them much but if they’re talking about a player on one of the New England teams, OK, we’ll add it to the mix. We talk to a lot of national guys’ perspectives once they talk about New England players. I think it got kind of muddled a little bit and there were all these different issues going off at once and he was a little defensive like we were trying to catch him or we were trying to get him to react a certain way, which was at least for me not the case."