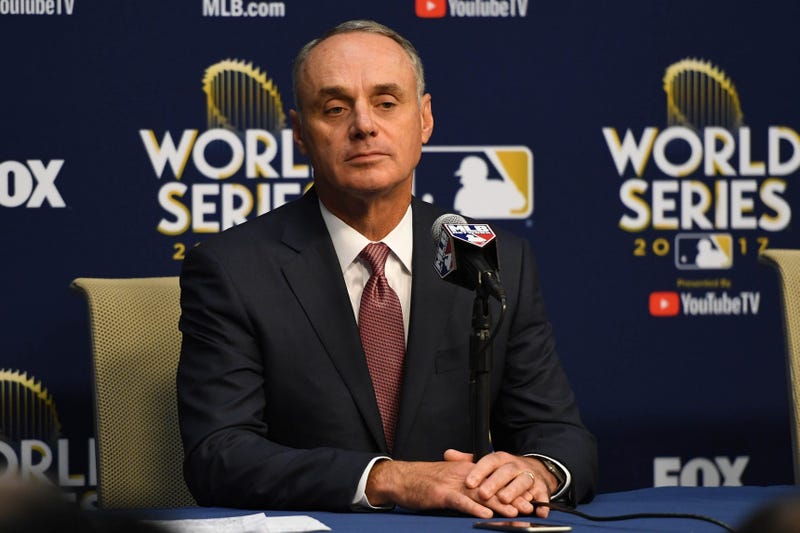 It was certainly not something one would expect Major League Baseball commissioner Rob Manfred might reveal.

MLB commissioner Rob Manfred says slower pace of play of baseball is an advantage in gambling as “it gives an opportunity to be creative with respect to the types of wagers” that could be made in between plays.

But nobody should be surprised.

Manfred sees the writing on the wall in regards to how much money is to be had in this new world of legalized sports gambling, and he also realizes there aren't going to be any quick fixes when it comes to speeding up the methodical pace of big league ballgames.

And when it comes to the opportunity for gamblers and fantasy sports owners to prioritize baseball Manfred knows there is going to have to be a different angle than just using the same model of the National Football League. The games and seasons are both too long for many to remain hyperfocused for an extended period of time.

That's why Manfred wants to suck people in by suggesting that each and every moment has something on the line, even if the entrance way for such a mindset is gambling.

This isn't the first time Manfred hasn't shied away from the world of gambling like his predecessor, Bud Selig, did so many times. When fantasy sites such as Draft Kings were throwing around more money than virtually any other advertiser a few years ago, the commissioner embraced the product.

"We did thoroughly investigate the games that were available on the site, that was a major factor in terms of selecting a partner in the fantasy space. And we were completely comfortable with the idea that those games were consistent with the existing federal law," he told reporters, including the New York Daily News.

"I'm quite convinced it is a game of skill, as defined by the federal statute," Manfred added. "And I'm comfortable with the idea that it's not gambling. There's a huge difference between Rob Manfred, citizen, betting on whether Kansas City beats Toronto or whomever on the one hand, and Rob Manfred picking nine guys off 18 teams to try to see if he can accumulate more points within a given set of guidelines than a hundred guys trying to do the same thing."

But Manfred knew by supporting the venture he was dipping his toe in the gambling conversation. Now he has jumped right in.