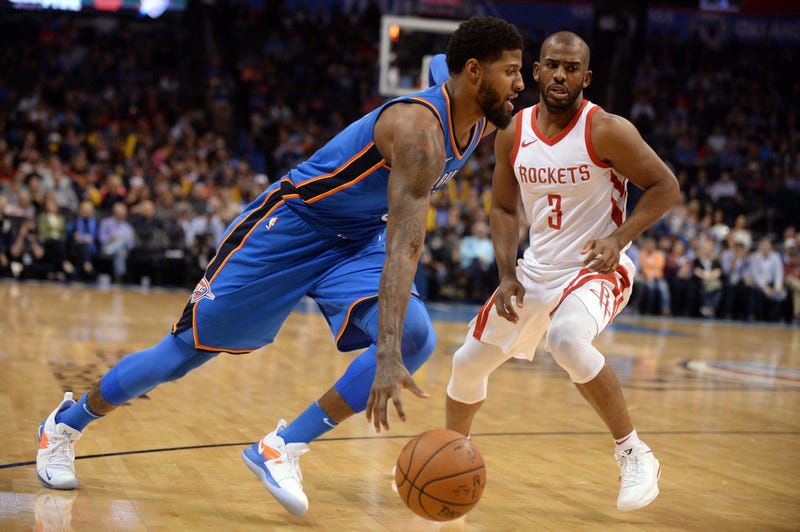 The stroke of midnight didn't disappoint.

The kickoff of free agency in the NBA paved the way for a flurry of news -- most of it emanating from ESPN's Adrian Wojnarowski's Twitter account -- highlighted by deals agreed upon by Paul George, Kevin Durant and Chris Paul.

According to reports, George has agreed to re-sign with Oklahoma City on a four-year, $137 million deal, while Paul also will return to his team, locking in on a max extension with the Rockets at four years, $160 million.

The Warriors announced they've agreed to a one-year, $30 million deal with Kevin Durant, who has a player option in the second year.

Also remaining with their club is Nikola Jokic of the Nuggets, coming to terms on a five-year, $148 million extension with the Nuggets.

Another big name, DeAndre Jordan, is leaving the Clippers to join the Mavericks on a one-year, $24 million contract.

Other "Woj Bombs" surfaced in the wee hours of the morning included ...