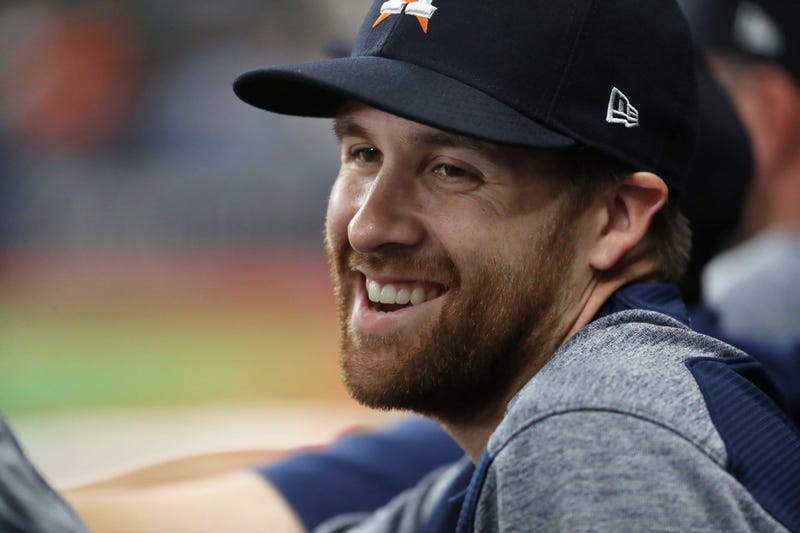 With Major League Baseball games scheduled to kick off a month from now, it's time to figure out exactly who might be available for this 60-game sprint of a regular season.

One name that offers some intrigue is pitcher Collin McHugh, who signed a one-year contract with the Red Sox with the understanding his debut was going to be delayed due to a non-surgical procedure done in the offseason to treat a flexor strain in his right elbow.

Red Sox Chief Baseball Officer Chaim Bloom did sound mildly optimistic regarding McHugh's availability but came short of suggesting he would be full-go when the latest round of spring training kicks off on July 1 at Fenway Park.

"Colin is doing well, I don’t want to put a timetable on it, but I think it’s a possibility he is doing well and he’s working through basically a mound progression," Bloom said. "He’s off the mound now and basically progressing towards games. He has tolerated everything really well. We’ve tried to build him up really responsibly. Don’t know yet an exact time-table but he is progressing really well."

The other name that at front-of-mind when it comes to injury updates is outfielder Alex Verdugo.

I call this: Running pic.twitter.com/0nHv8AlwkV

Verdugo's debut with the Red Sox was always going to be delayed due to a stress fracture in his back. But when appearing on on a conference call May 4 he said, "Whenever the season starts, I think I'll be ready."

Bloom gave the impression that while the team still has to be cautious with its approach regarding the outfielder it appears they are going to be counting on him when the season begins in late July.

"With the caveat that we are going to be ramping people up in a fairly short period of time, we want to make sure we do not take any shortcuts with him,” Bloom said. "He should be all systems go. The only limitation on him at this point is what we’ve been able to do by virtue of the fact that we’ve been shut down. He’s handled everything great. He should be ready to roll as we get him ramped up. This applies to everybody but it certainly applies to him given what he’s been through. We’re not going to cut corners. But we’re optimistic that he’s going to be ready to roll."

As for how the roster will be constructed, that is still going to be a work in progress with teams submitting their pool of 60 eligible players by Sunday. Bloom said that despite one player recently testing positive for COVID-19 (and is now asymptomatic) he expects full availability for the Red Sox participants.

"Throughout this time I’ve tried to stay in touch with as many of our guys as possible without smothering them," Bloom said. "I think our staff has also done a great job with that. We’ve had from a medical standpoint daily monitoring of those guys. Field staff has obviously been in touch. I have at various points whether it be through text or phone call had interaction with a lot of our guys as has many of our members of our front office, many of them who have had longstanding relationships with some of them. It’s an unusual experience for everybody. I think it’s been interesting to see how different people have processed it. Trying to stay ready. Trying to keep that edge without knowing when you’re getting started. Now you know and that’s a great thing. We are expecting full participation."