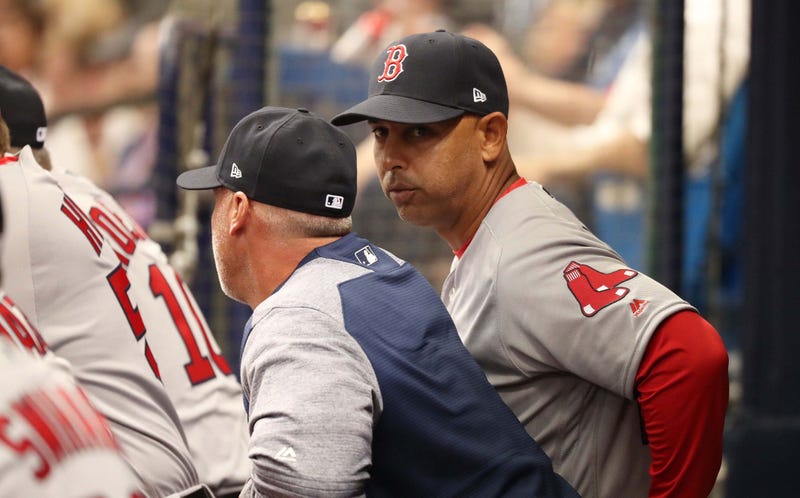 NEW YORK -- Sunday was going to be a very, very long day for Dana LeVangie. And it had nothing to do with hits, outs, pitches, wins or losses. And that was just fine for the Red Sox' pitching coach.

This was about life, not baseball.

Immediately after the Sox' loss to the Yankees Saturday night LeVangie jumped in a car and drove home. After zero sleep came the task of driving his daughter to her 7 a.m. soccer game 1 1/2 hours from the family's house. Then there was the true reason he wouldn't be anywhere near Yankee Stadium for his team's series finale against the Yanks -- LeVangie's son, Liam, is graduating from East Bridgewater High.

"I have my wife constantly remind me, 'Have you talked to Alex (Cora) and Dave (Dombrowski)?' I look at the schedule and it said it was the Yankees. Thank God there was an off day to follow," LeVangie told WEEI.com regarding the scheduled even It is what it is. I have to go home. It's important for me, my family, my son.

"I was thinking my son is a senior in high school and I've probably been around nine years of his life. I've missed a whole bunch. Nine years of his of life. It's just the way it is."

Cora and Dombrowski have been sympathetic to LeVangie's family commitments before, letting the pitching coach skip a game against the Yankees at Fenway Park last season to attend one of Liam's final high school football games.

"The life we live, the travel, you miss a lot," he said. "But there are certain things you can't miss. You better take advantage of it. I'm looking forward to it. He's had a tremendous high school career. He's a great kid. We're very fortunate."

Liam LeVangie is slated to play baseball at Bryant University.

Proud to announce that I will be continuing my academic and baseball career at Bryant University⚾️❤️ pic.twitter.com/q5veTS0TSa