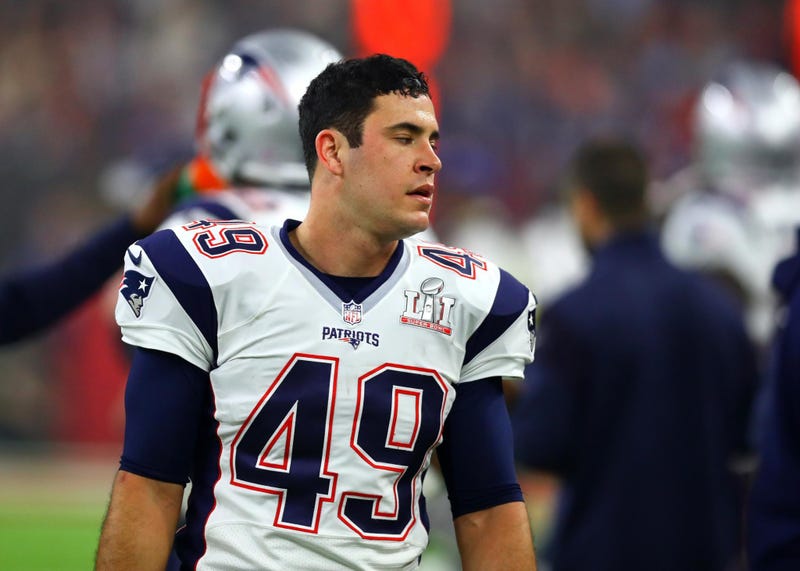 Tuesday night, at the annual Patriots Premiere on the Gillette Stadium field, Patriots long snapper Joe Cardona was presented the 2018 Ron Burton Community Service Award for his outstanding commitment in giving back to the community.

The award is named in honor of the late Ron Burton, the first player drafted by the team in the inaugural year of 1960 and a leader in the community.

“Joe is a Patriot in the highest sense of the word, on and off the field,” owner Robert Kraft said. “Service to others is of principal importance to him, first to our country, as well as to our team and to our community. This past offseason, Joe went on a two-week training session to South Korea with the United States Navy Reserves. He serves his country and his team honorably and still manages to contribute by volunteering to serve and support many of our team’s community initiatives.”