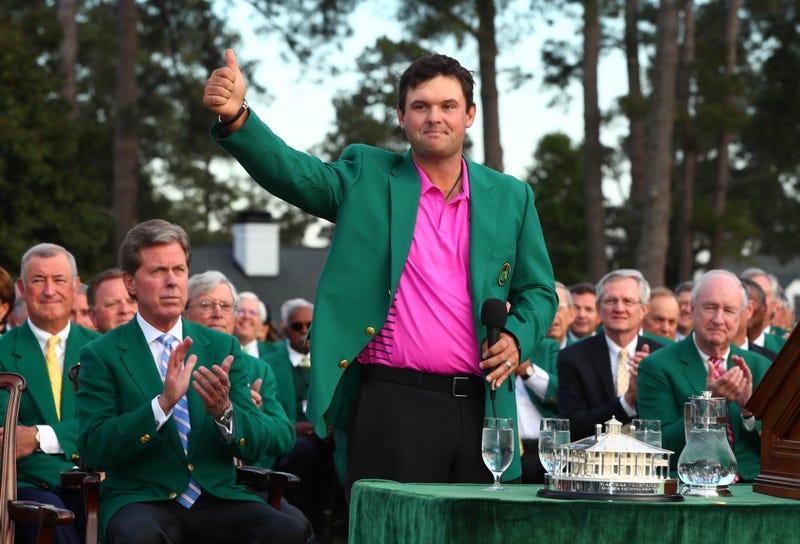 Patrick Reed held off Jordan Spieth and Rickie Fowler to win the Masters on Sunday.

It seemed like a good story considering he went to college in Augusta, Georgia, the site of the tournament, but many are not aware of his past, and exactly how he got to Augusta State in the first place.

Out of high school, Reed attended the University of Georgia, but was dismissed from the team for unknown reasons following his first year on campus. This was until “Slaying the Tiger: A Year Inside the Ropes on the New PGA Tour," a book by golf writer Shane Ryan, revealed Reed was accused of cheating in tournaments and stealing from his teammates.

After his freshman year at Georgia, he transferred to Augusta State where his problems continued.

A 2014 story by ESPN's Ian O'Connor detailed how he was almost voted off the team, despite it winning two national championships during his time there.

“All I asked him to do was keep his mouth shut and play golf and let his golf clubs do the talking for him,” Augusta State coach Josh Gregory said. “It was the only way for him to earn the respect of his teammates. Patrick was on his final strike, and he knew that. If he didn’t shape up, he couldn’t go anywhere else. Even if he made the tour at that point, maturity-wise he would’ve gotten eaten up. I told him he was never going to make it if he didn’t get things under control.”

Also, Reed does not have a good relationship with his immediate family. In fact, multiple reports say they don't even speak.

Reed once had his parents kicked out of the 2014 U.S. Open by his wife Justine.

According to Golf.com, his parents and sister were not invited to his wedding in December of 2012 because they believed he was too young to get married. After not speaking to him since the wedding, his parents received tickets to the 2014 U.S. Open from a friend and followed Reed around during the second round, but once they reached the 18th hole, they were escorted off the grounds and had their tournament passes taken away by a USGA official.

Reed's wife was apparently behind this.

In a Facebook post, Reed's wife, Justine, explained the issues between the family are because he was “verbally and physically abused" as a child, which Reed's sister whole-heartedly denied in a Facebook post of her own.

The Masters was Reed's first major and was his sixth career win on the PGA Tour.