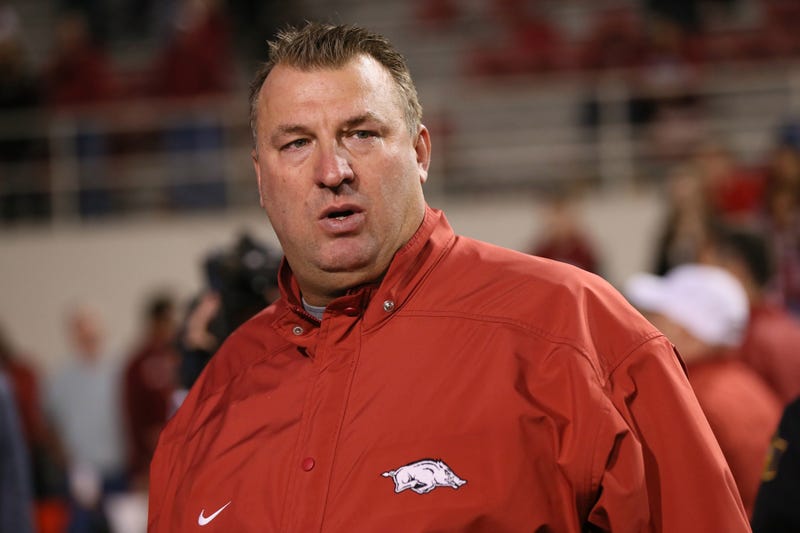 Former Arkansas coach Bret Bielema has been with the Patriots since around the NFL combine helping scout potential prospects leading up to the draft in April. His role continued through the spring as he was on the field during OTAs and minicamp working primarily with the defense.

Now, just over a week before training camp, Bielema's role hasn't officially been announced, but it appears he won't be going back to the college game.

"The thing I love about football in the NFL is you go to work at 6 a.m. and you leave at 9 [p.m.] and it's nothing but football," Bielema told CBS Sports. "It's just purely football."

He added: "It's a whole different way to coach [in the NFL]. I understand once they go to that level, coaches don't ever go back.One of the most 'a-ha' moments was one of the first drills I did during OTAs," he added. "I had 11 [defensive] guys go through the drills. 'Holy cow, these guys are good.' These are the elite of your elite."

The report added he could be landing a permanent job with the Patriots soon. Bielema has a connection with a few members of the team, as he coached James White, Trey Flowers and Deatrich Wise in college.