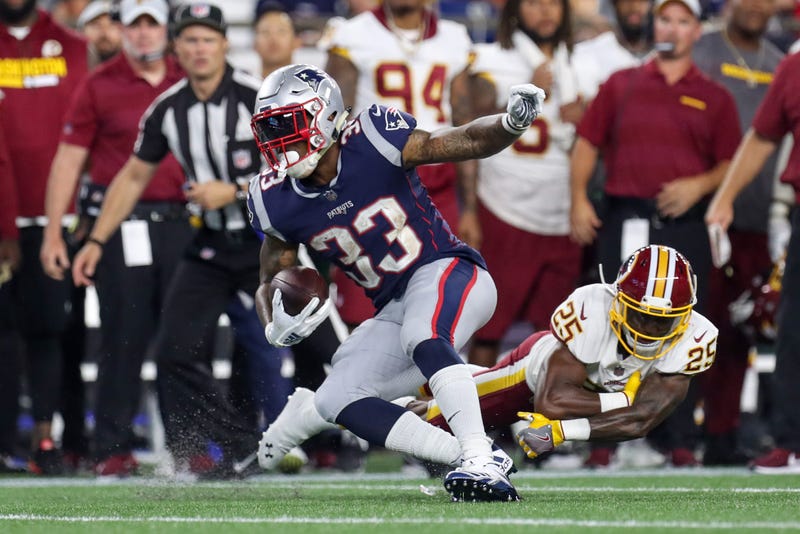 Tuesday was the final day of Patriots training camp open to the public, the only real chance to see the team practice in full the entire season.

Overall, it was one of the more under-whelming camps in recent memory with not much buzz around the team and action on the field. The intensity did pick up for the last couple of sessions, but as a whole it didn't come close to some past years.

Still, there were a few takeaways which answered some questions heading into the regular season.

Who would replace Nate Solder at left tackle was one of the bigger questions going into the summer and it was answered within the first couple of sessions, as Brown has been one of the most impressive players on the entire field. He's consistently dominated in linemen 1-on-1 drills and has showed his athleticism in 11-on-11 work sometimes getting in front of the play to serve as a lead blocker. There were some consistency concerns coming over from the 49ers via trade, but he's been solid since Day 1. Trading for Brown could turn into the best move of the entire offseason.

2. Jeremy Hill will play a role in offense

There were some questions regarding the backend of the running back depth chart and Hill has shown he's deserving of making the team. Things really became clear in the preseason opener when he was the Patriots' best running back and also played a good amount of special teams, signaling he's part of the plans for the regular season. Not only can he get the tough yards, he can catch passes out of the backfield and break one long if given the opportunity. Losing 10 pounds in the offseason has served him well. He did get banged up earlier in the week, so that could be something to watch moving forward.

3. Danny Shelton is the real deal

No one really knew what the Patriots got when they traded with the Browns for Shelton, but he's made a really good first impression. The defensive tackle is very physical, standing 6-foot-2, 335 pounds and has shown the potential to be a dominant run-stopper. He's another player who has dominated his reps in linemen 1-on-1 drills and took that into the game last Thursday. If he stays consistent, he should see a ton of playing time up front stopping the run.