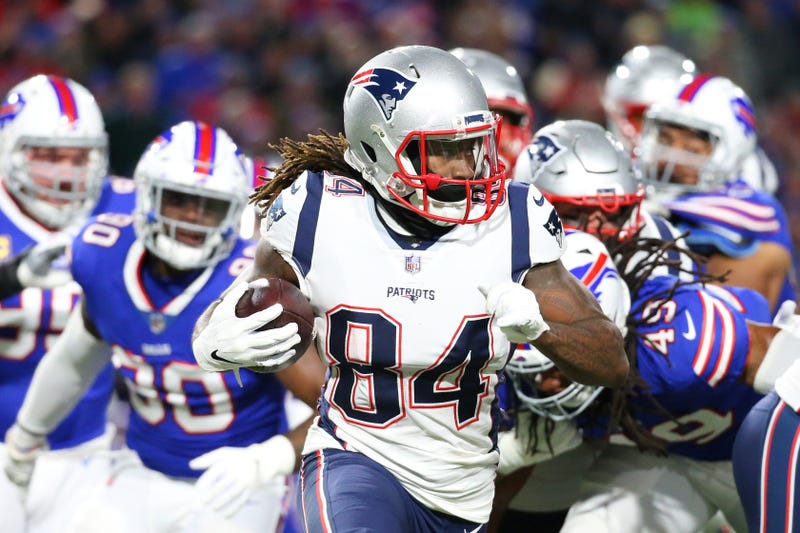 With the Patriots only having two active running backs -- James White and Kenjon Barner -- against the Bills Monday night, wide receiver Cordarrelle Patterson stepped up.

Thanks to a wrinkle called by offensive coordinator Josh McDaniels, Patterson was the Patriots' starting running back and was their leading rusher, finishing with 38 yards on 10 carries. The Patriots likely don't want to overuse White in between the tackles and Barner is still learning the system, so why not use a player as explosive as Patterson.

Speaking after the game, Patterson said he wants more carries next week.

“I’ve been playing every position my entire life,” he said. “So when my number’s called, I’ll be ready. Josh [McDaniels] did a hell of a job putting me back there. He trusted me. I had 10 carries, so I’m thankful for that. Next week, I hope I get like 25 carries.”

Patterson's role as a running back moving forward likely depends on the status of rookie running back Sony Michel, who missed the game due to a knee injury suffered against the Bears last week. Michel returned to practice Saturday, so it appears there's a chance he is back on the field next Sunday night, and in that case Patterson would then likely go back to receiver, except for maybe a few plays here and there.

While Patterson did what he could, the Patriots need to get more production on the ground, as the offense finished with a season-low 76 rushing yards.

"We have to do a better job overall in the running game," Tom Brady said Tuesday on Kirk & Callahan. "That is one thing that was probably frustrating for everybody last night. We’ve been short-handed at that position, even before Sony [Michel] got hurt. We’ll just have to try and figure out a way."