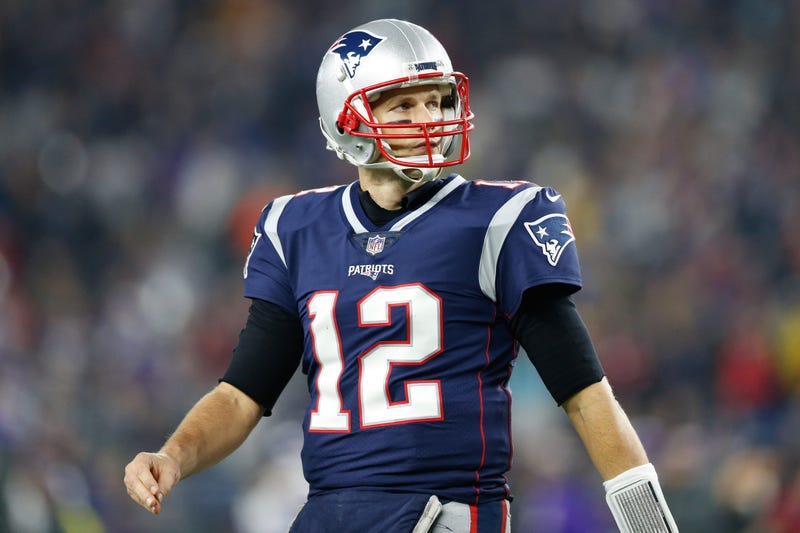 FOXBORO -- The NFL playoffs are here and with that comes increased focus and intensity.

Tom Brady was a perfect example of that when he spoke Thursday. The quarterback was extremely locked in and his passion for the playoffs was on full display.

“It is naturally a level of intensity that you can’t really emulate at any other point in the season, and really for us, any other point in our life," Brady said. "We all work hard to get to this point and to have an opportunity like we have I don’t think you take them for granted. There’s been so many plays that I have seen in my career that have we not made that one play, which could just be an extra effort, could be an arm tackle, could be just one extra push of the pile that ends up being the different of an entire game, and really an entire season.

"That is what it’s all about. It is great when it comes out for us and I think you just try and express that I don’t think you can compete any less than what you are ultimately capable of competing at — that level. It is intense. It’s every play and it is just you max out. You can’t leave everything behind, you just give everything you got.”

The 41-year-old has so much playoff experience, as he will make his 38th career playoff start a week from Sunday. As a comparison, all the other quarterbacks in the playoffs have made just 46 starts, so he knows more than anyone else what it takes to win.

Brady has also been part of a number of different teams, each with their own traits. He was asked to pinpoint the identity of this year's squad, and he a lot of positive traits to share.

“Every team has its own unique identity," he said. :This team cares a lot about each other. We play for each other and we’re playing to win. I think that is what we’re here for. We have shown we can compete, we’ve shown we can overcome some adversity. We have been counted out a few times and showed back up with a lot of resolve. We have great character on this team.

"Like I said, our story is still being written and fortunately we have an opportunity to write it. We have to go out there and play our best. Every team we play — next week and beyond, hopefully, is a great team. They’ve earned it. The we play will have won a playoff game. We’re going to have to play our best game of the year.”

The Patriots will host their divisional round game Sunday, Jan. 13 at 1:05 p.m. against the Texans, Chargers or Ravens.