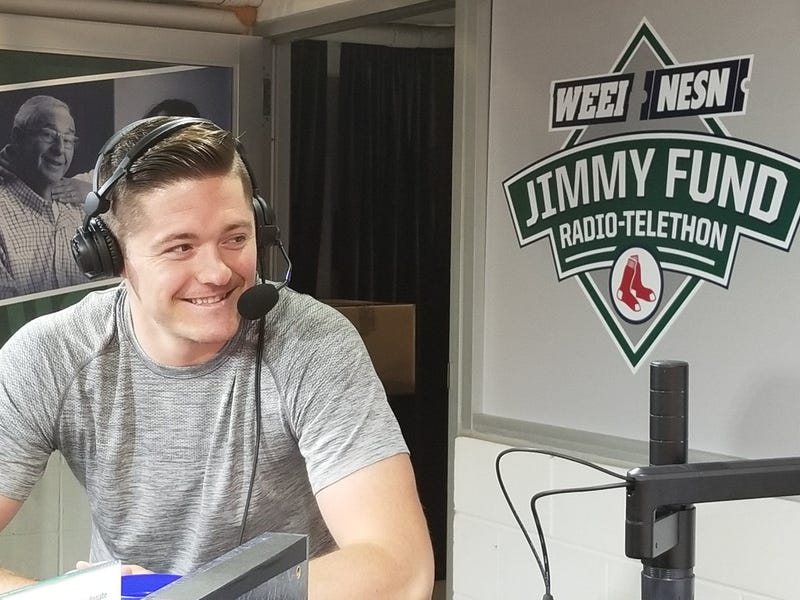 Ryan Donato's double life as a Harvard student and NHL rookie captivated the Bruins fanbase, but what about his classmates?

"The thing about Harvard is there are athletes...but not many people are that into sports," he said of that time he played in an NHL game then slept in his dorm. "Nobody really knew what I was doing so it was nice to go back to reality and just realize nobody cares, really."

“It was tough because I only had about five classes left and I knew if I could finish up the last couple weeks classes it would’ve saved me four or five summers of extra work," he said. "I’m still working on graduating, I have two more summers but I would’ve had a lot more work."

As someone who played in the NCAA and the NHL in the same week, he cites well-roundedness as the biggest difference.

“The guys at the next level, they’re all unbelievable," he said. "Everybody can shoot. Everybody can pass. Everybody can make plays. But for me it was such a surreal experience that I wasn’t really accounting for those things until I had a few games under my belt. I was just trying to soak it all in and enjoy the moment.”

He was doing the same thing when the Bruins took him 56th overall in the 2014 draft.

“Honestly, I still can’t believe I’m playing for the Bruins and got drafted by the Bruins," said the Scituate, MA native. "I was pretty confident I was going to get drafted by (a few teams earlier on) then I was like ‘Oh my God, Boston’s next' and I heard my name and almost blacked out. I knew the Bruins logo was up there but I was kind of just looking around, then I heard my name and was shaking my head like ‘Oh my God.’ I idolized guys like (Marchand) and (Bergeron) growing up. My dad played with (Bergeron) a little bit and I wanted to be just like him, represent the city wel