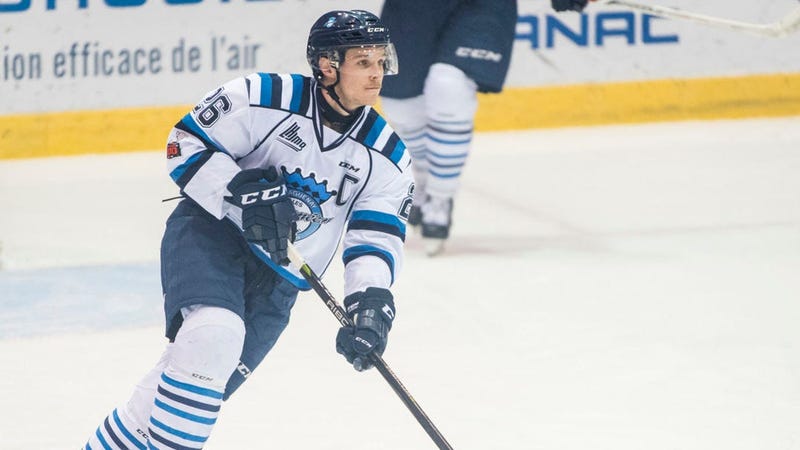 It’s not usually smart to make bold assertions on the second day of development camp, but the Bruins should probably sign living legend Olivier Galipeau to a lifelong contract.

The 21-year-old left-shot led all QMJHL defensemen in scoring with 25 goals and 49 assists in 67 games last season, split between the Chicoutimi Saguenéens and Acadie-Bathurst Titan. (Take that with a grain of salt -- the QMJHL is notoriously high-scoring.)

Along with his presence in the slot, apparently this slap pass is his specialty: