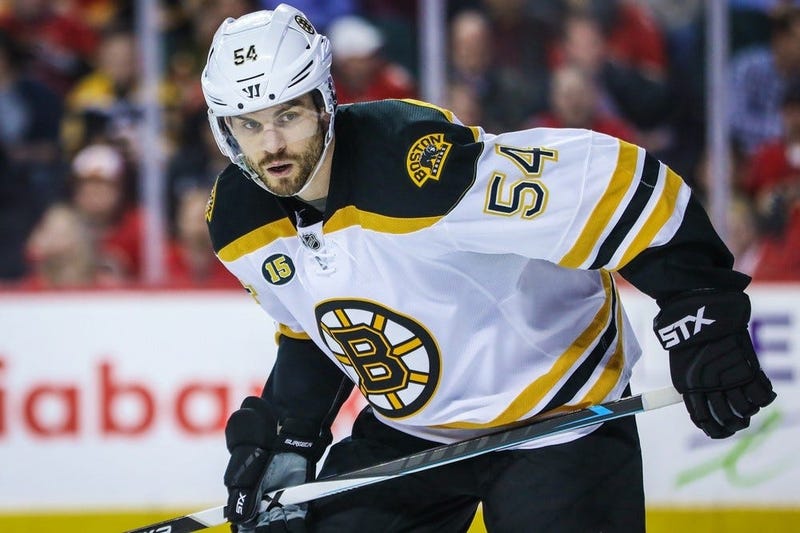 It’s been three long months since Bruins defenseman Adam McQuaid, who broke his right fibula with a blocked shot in an Oct. 19 win over the Canucks, played in a game.

But with a sickness making its way through the Boston room, hitting defenseman Kevan Miller particularly hard, there’s a strong chance that McQuaid’s 36-game absence will come to an end tonight when the B’s play host to the Canadiens at TD Garden.

“There's going to be rust, it's inevitable. It's his first kick at the cat since his injury," Bruins head coach Bruce Cassidy said of McQuaid. "Probably for him mentally, it'll be about playing through the physical part of it early on. We understand that, so we just have to allow him to be himself and play. And hopefully he's able to play his one-on-ones, close quickly in the D-zone, get the job done there. There will be some rust with the puck; He hasn't been under a lot of pressure, practices have been very short for us. He'll probably want to get rid of [the puck] quickly because he hasn't had a lot of reps, but the other part of the game, hopefully he gets back quickly: his strength.”

With the green light to return to action, Cassidy has McQuaid slated to skate on the right side of a third-pairing with Matt Grzelcyk. But Cassidy did not rule out moving McQuaid around as the night progresses, especially if it means reuniting him with the puck-moving Torey Krug, who has been McQuaid’s most consistent partner in recent seasons. Such a move would likely move Brandon Carlo down with Grzelcyk, which is a pairing Cassidy tinkered around with for a bit in Monday’s loss to the Stars.

No matter the partner, the biggest thing McQuaid wants to do is simply be part of the run that’s seen the Bruins grab points in 13-straight games, and win 17 of their last 24.

“It's been good to watch how the guys have come together and you really feel that off the ice and practice days and stuff,” McQuaid admitted. “I'm excited to hopefully have that opportunity to feel that in a game. You see it watching but it will be nice to be back on the bench and hopefully add to this run that guys have been on.”

Prior to the aforementioned injury that cut his sixth game of the season short, McQuaid ranked third among B’s skaters in hits (11) and second in blocked shots (6).