No one should really need any bulletin board material for a Game 7, but here’s some for Patrice Bergeron and the Bruins just in case.

After the Bruins’ 5-2 win over the Hurricanes in Thursday night’s Game 6 at TD Garden, the TNT studio crew was discussing the importance of home ice, as the home team has now won all six games in the series.

That will surely be a talking point leading up to Saturday’s Game 7 in Raleigh, as will Carolina having last change and getting to match up the Jordan Staal line on the Patrice Bergeron line.

Anson Carter may have kicked that discussion into overdrive when he was asked if getting Staal on Bergeron is really that big of a deal.

“I would say yes,” the former Bruin said. “He’s a big body. I don’t know if Bergy has it still, Bergeron. It helps having [David Pastrnak], at the house, and [Brad] Marchand on his wings. But Jordan Staal is that dude.”

But we might be getting a bit carried away with this idea that they’re some magic potion that makes Bergeron and Marchand disappear.

Hurricanes coach Rod Brind’Amour actually got Staal out against Bergeron for 3:13 on Thursday despite being on the road. The Bruins had a 7-1 advantage in shot attempts during that time.

Again, none of this is to say that Staal isn’t good or isn’t a tough matchup. He is. There’s a reason Brind’Amour prefers that matchup and a reason Cassidy mostly got away from it at home. But this idea that Staal has completely shut Bergeron down head-to-head just isn’t supported by the numbers.

As for whether Bergeron “has it still,” I mean, he had 65 points this season (fifth-highest total of his 18-year career) and is a lock to win a record-setting fifth Selke Trophy as the best defensive forward in the league. Statistically, he had the best defensive season any forward has had during the advanced stats era (roughly 15 years).

The best two-way season we've seen in the play-by-play era.

"The best defense is a good offense — so, I think there should be some level of offense. I don’t know know if it should go to the highest-scoring so-called defensive forward, but it should be part of the criteria."

Defining the Selke + who is in the race: https://t.co/8fm2wTNf4c pic.twitter.com/g9kVCAQqf5

We can’t help but think about earlier this season when Bergeron went seven games without a goal to start the season and some people on the radio and elsewhere began to wonder, like Carter, if he still had it. In the eighth game of the season, Bergeron scored four goals.

Bergeron has six points in this series, tied for second on the Bruins and tied for fourth among both teams. 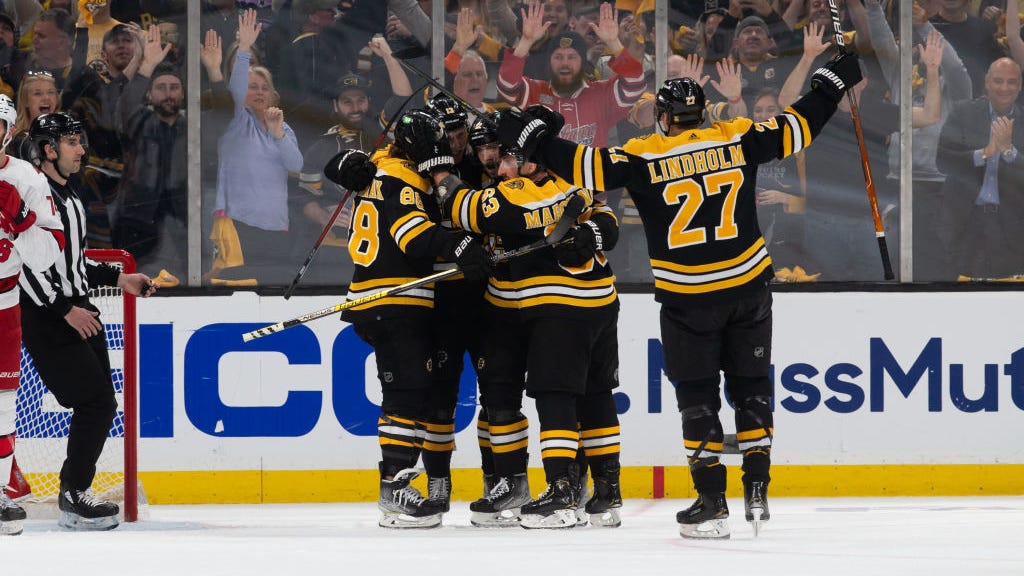