The sight of Avalanche star Nathan MacKinnon lying on the ice with blood streaming from his face early in the first period Wednesday night was tough to watch. No one wants to see a top player get hurt, and no one wants to see anyone bleeding from the face like that.

But an ugly result doesn’t necessarily mean the hit that caused it was dirty. In this case, it wasn’t. Taylor Hall hit MacKinnon straight on with a shoulder to the chest. Unfortunately, MacKinnon’s stick was caught between them and wound up recoiling right into MacKinnon’s face.

The refs initially called a five-minute major on Hall, which was understandable given how bad everything looked in real-time. After reviewing the play, they correctly reduced it to a two-minute minor. Had they been able to completely wipe the penalty off the board (which the rules don’t allow them to do), they may very well have done that. The official call was interference, even though it wasn’t really interference either.

The Avalanche being upset after seeing their best player knocked out of the game is an understandable reaction. But how they responded both during the game and after it was pretty foolish.

In the second period, the Avs seemed to be more concerned with getting revenge against Hall than playing hockey. Their captain, Gabriel Landeskog, mugged Hall twice on one shift in front of the benches, clearly an attempt to get Hall to drop the gloves. Erik Johnson, another one of their veteran leaders, decided to crosscheck Hall three times while the Bruins were already on the power play, giving them an extended 5-on-3 and setting up two Boston goals.

After the game, Landeskog made no secret about what his intentions were.

“I was trying to force him to [fight], but he didn’t want to,” Landeskog said. “... Hall didn’t want to answer for it, and that’s unfortunate.”

Answer for what? Did Landeskog really think it was a dirty hit? As it turns out, no, he didn’t. He saw the same thing the rest of us saw, and admitted it wasn’t dirty.

“Well the hit itself -- I looked at it in the intermission -- I don’t think was that bad,” Landeskog said. “It’s unfortunate the way it happens, where Nate kind of crosses over into him, gets his stick up, and obviously it’s his stick that cuts himself. But at the end of the day, when one of your best friends and teammates and ultimately your best player gets hit like that in the neutral zone, you just have to make sure that the next time anybody thinks about doing that, that they have to pay a price and there’s going to be some consequences with that. It doesn’t have to be a dirty play for us to feel that way. It’s just the way it is.”

What??? So no one’s allowed to hit MacKinnon? And if they do, they have to be willing to fight afterwards?

This is the kind of mindset that really should be gone by now. Hitting is part of hockey. You’re allowed to do it. And as long as you do it cleanly, there shouldn’t be an expectation that you have to drop the gloves later. That’s the kind of pointless fighting that just bogs games down and potentially compounds another injury on top of the original.

“I think in the regular season, you have to answer for things you do on the ice, you know?,” Bednar said. “Just because the officials or the Department of Player Safety doesn’t deem something that bad, it’s what your team’s willing to accept as playing within the way they see the game should be played. And if your teammates don’t like it, something that a guy on another team does, and they feel like that was inappropriate, then they’re going to try to get you to answer the bell or force you into it. That’s the way I see it. The players discipline the game as much as the officials do.”

Unlike Landeskog, Bednar actually did take issue with the hit itself.

“I didn’t like it. Blindside, a little late, a little high,” he said. “I had a chance to review it, and the way he catches him, Nate’s stick goes up. So I believe they probably made the right call on the two. But don’t love the hit. It’s the type of hit that whether it’s really solid or just a glancing blow, it’s the kind of hit the league’s trying to get rid of.”

Give the Avalanche credit for eventually getting back to playing hockey and mounting a third-period comeback. They wound up beating the Bruins, 4-3, in overtime to extend their remarkable home winning streak to 17 games.

But their reaction to Hall’s hit on MacKinnon and unwillingness to accept the fact that sometimes a good hit produces a bad result was all pretty silly. 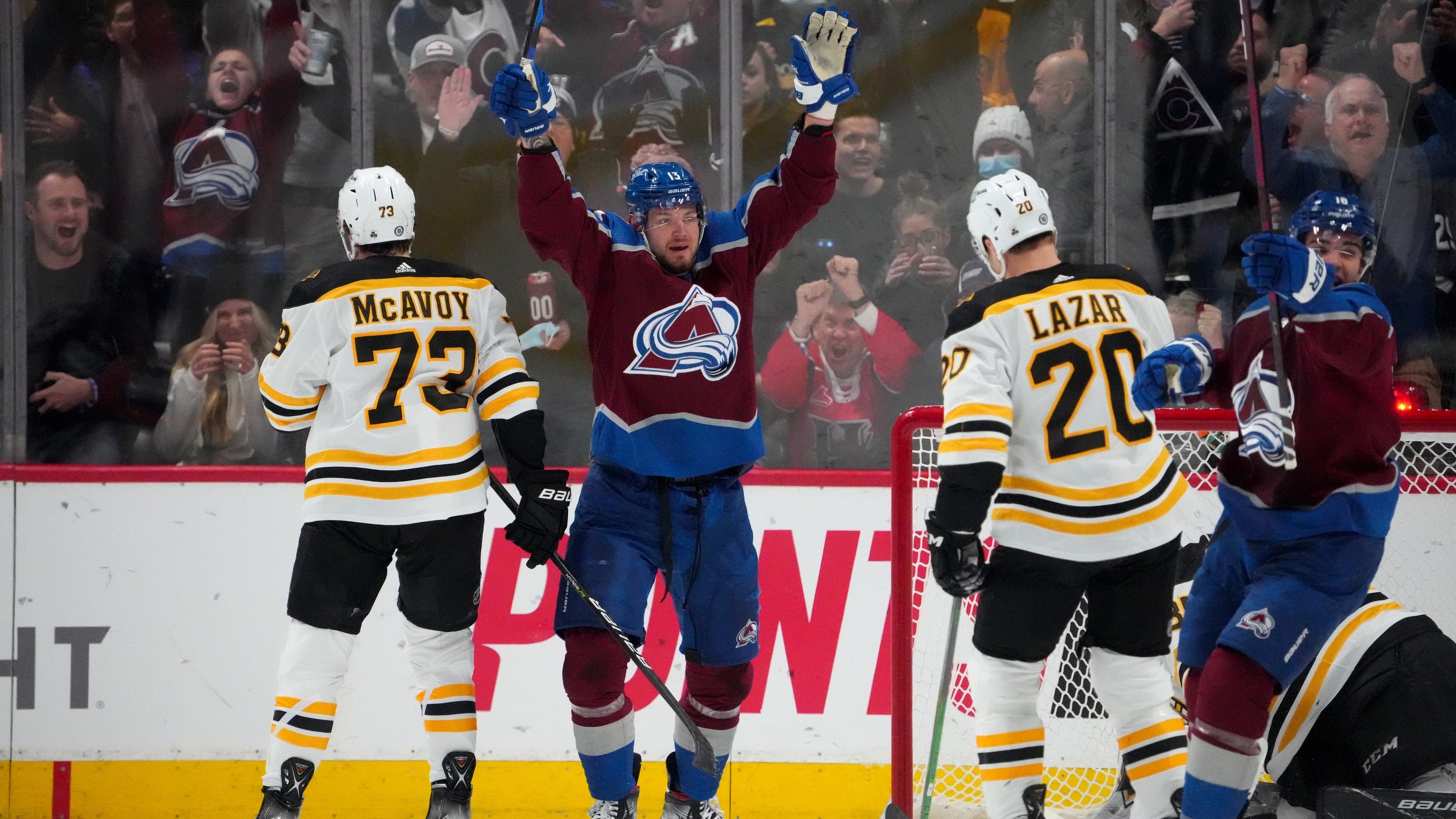