Whether it actually has any effect or not is debatable, but there’s no question that working the officials is part of the Stanley Cup Playoffs. Every coach does it at some point.

Hurricanes coach Rod Brind’Amour did it earlier this series when he suggested the Bruins were targeting his team’s goalies, and then again when he said goal reviews were not being called the same way for both teams.

Now it’s Bruins coach Bruce Cassidy’s turn. While Cassidy has expressed some frustration with a few calls throughout the series, he made his most blatant attempt to influence the refs on Friday ahead of Saturday’s Game 7.

When asked about what the Bruins need to do to finally win a game in Carolina, Cassidy noted that staying out of penalty trouble will be key, and then suggested that part of the reason his team was in penalty trouble was that the Hurricanes were selling calls.

“Well, one of the things is we’ve gotten ourselves in penalty trouble,” he said. “We know that. Our penalty kill has been exceptional when we’ve won, so we’re gonna need that. They’re a very good team at drawing penalties, and they’re a very good team at selling penalties. So we have to make sure that we’re playing hard, but intelligent. And when we are in the box, then our kill has to come through for us.”

While being asked about some of those home-road discrepancies, Cassidy interjected before the question was even done.

“Is that an oddity, you think? Hopefully that doesn’t continue tomorrow,” he said.

Among the most frustrating calls for the Bruins have been three post-whistle scrums in Raleigh that have resulted in them being the only team penalized, including one that went against Derek Forbort in Game 5.

While those calls may not make much sense, the Bruins are now very much aware that if they engage at all after the whistle, they’re risking a penalty. On Thursday night, Forbort actually stepped in to pull D partner Connor Clifton out of a scrum with Andrei Svechnikov, recognizing the risk that it might end the same way his own scrum in Game 5 did.

“We can’t. We can’t,” Cassidy said when asked about engaging after the whistle. “If that’s how it starts to go, then we just have to make sure, like last night, we get the kills. I thought our focus was excellent in that part. Again, we have to help ourselves. Stay away from the stick fouls, anything after the whistle.

“Those type of things have not gone our way, so we have to get out of there after the whistle. That’s been messaged to the guys. I thought we did a better job up there last time with that. Forbort ended up getting called for one, so we just have to make sure we stay out of that. That’s where we have to keep our composure.” 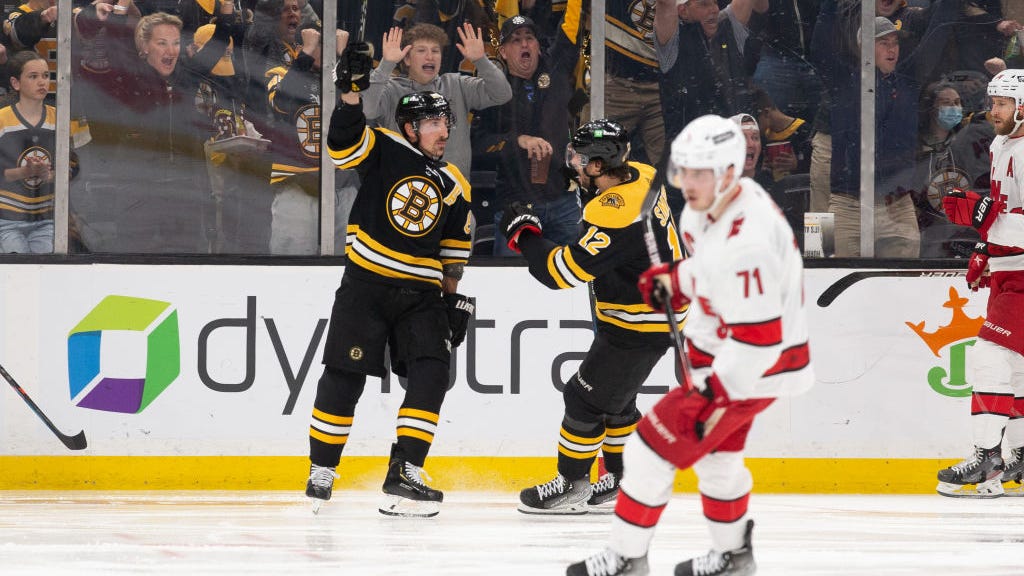 Now the big question: How do the Bruins do this on the road?