The Bruins got some encouraging news Wednesday, as right wing Craig Smith returned to practice in a regular jersey and could return for Thursday night’s Game 3 against the Islanders. Smith missed Game 2 with a lower-body injury he suffered during the second period of Game 1.

“He looks a lot better,” said coach Bruce Cassidy. “That’s a good development for us. We weren’t sure, to be honest with you, but he made it through the entire practice, did a little work early. So that’s a positive. Obviously tomorrow morning, let’s see if there’s any residual effect. If not, then I assume he’ll be in the lineup.”

If Smith returns, he’ll go back to his usual spot on the second line with David Krejci and Taylor Hall. Cassidy didn’t say who would come out, but did say that Jake DeBrusk, who moved up to the second line for Game 2, would remain in the lineup.

Presumably DeBrusk would go back to his usual spot on the third line with Charlie Coyle and Nick Ritchie, with Karson Kuhlman the most logical choice to come out. It’s possible Kuhlman could stay in on the fourth line with Chris Wagner sitting, though.

After acknowledging on Tuesday that goalie Tuukka Rask continues to deal with “nagging” injuries, Cassidy said Wednesday that Rask is good to go for Game 3.

“He’s fine,” Cassidy said. “Tuukka’s been ready to go every playoff game. There’s no issue there. Someone asked me the other day -- I think like a lot of guys, there’s a few things here or there, said something. But he’s ready to go. He’s practicing full today and he’ll be in the net tomorrow night.”

On defense, Kevan Miller skated before Wednesday’s practice, according to reporters on the scene. Cassidy said he won’t be ready for Game 3, though, and remains out.

Jeremy Lauzon will remain in the lineup despite a tough Game 2, which included an ill-advised pass that led to the Islanders’ overtime winner. Cassidy explained why he’s sticking with Lauzon for now.

“He’s a confident kid. If you watch him, he tries plays out there, more than most that have his experience level. So I’m not worried about that part of it,” Cassidy said. “The message to Jeremy for the most part is now moving forward, we’re all on to Game 3. Game 2 is over. Be true to your identity. And that is, in the simplest terms, you have to be at your best to keep pucks out of your net. That’s your first job. That’s what you’re good at. That’s why you got into the lineup. You’re obviously hard to play against, willing to block shots, be physical, all those other things that go along with that, but hard to play against and keep pucks out of your net.

“That starts with good defending. That starts with a good stick, which is what we addressed with him the other night. I thought there were areas his stick could’ve been in better positions, specifically on the PK. Offensively, we have things we like to run in the O-zone. The other one didn’t work out the other night. We addressed it. He still has to make the plays that are in front of him. He’s going to be like everyone else on our team, he’s going to make some good ones and other ones that could’ve been better. We’ll keep encouraging him, working with him. He’s a great kid. He’ll be in there tomorrow night. Hopefully he helps us win.” 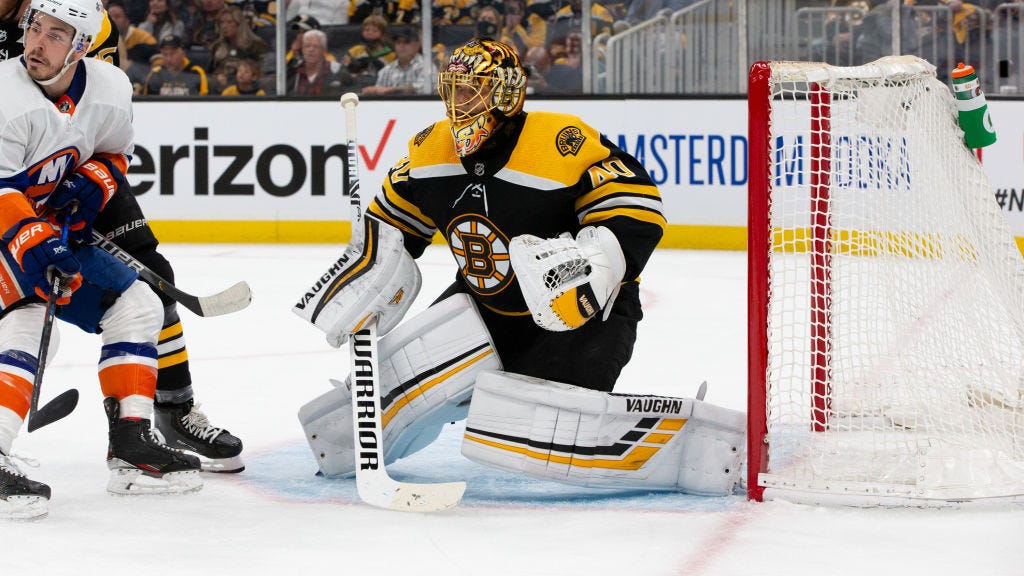