Welcome to the age of NHL jersey sponsors.

The Bruins have joined the growing list of teams to add a sponsor patch to their sweaters, unveiling a partnership with Rapid7 on Thursday.

“Our multi-year partnership with Rapid7 is the first of its kind for both our organization and the National Hockey League,” Bruins CEO Charlie Jacobs said in a statement. “With cybersecurity becoming increasingly crucial across all aspects of our business, partnering with Rapid7 is a perfect fit. We share the same mission and core values with our commitment to give back to our community and deliver an exceptional product to our customers. We’re excited to work together to make a positive impact on the New England community for many years to come.”

Last year, the NHL approved jersey advertising beginning this season, opening the door for nearly half the league to jump onboard. The league has said it anticipates the majority of the league's 32 teams having jersey sponsors by the 2023-24 season.

This follows in the wake of the NBA welcoming jersey sponsors back in 2017, and the NHL approving helmet sponsors in 2020. The Bruins partnered with TD Bank as their first helmet sponsor for the 2020-21 season.

A number of teams, particularly Original Six franchises, have faced significant backlash for adding a sponsor logo to their jerseys. The Maple Leafs, for example, have been widely mocked for simply adding the word "Milk" to their jersey, with the Dairy Farmers of Ontario as the official sponsor.

Bruins president Cam Neely said he was sensitive to that fact and wanted to make sure that the sponsor patch would be as natural of a fit on the sweater as possible. The Rapid7 patch, seen below, will be just black and white, leaving out the orange that is on the company's official logo.

“The real estate on our Original Six sweater is sacred space,” Neely said. “As a former player who proudly wore the Spoked-B, it was important to me and our organization that we identified the right partner with a connection to Boston and a strong commitment to enacting positive change in our community. Rapid7 embodies these important values and we are proud to welcome them to the Boston Bruins family.” 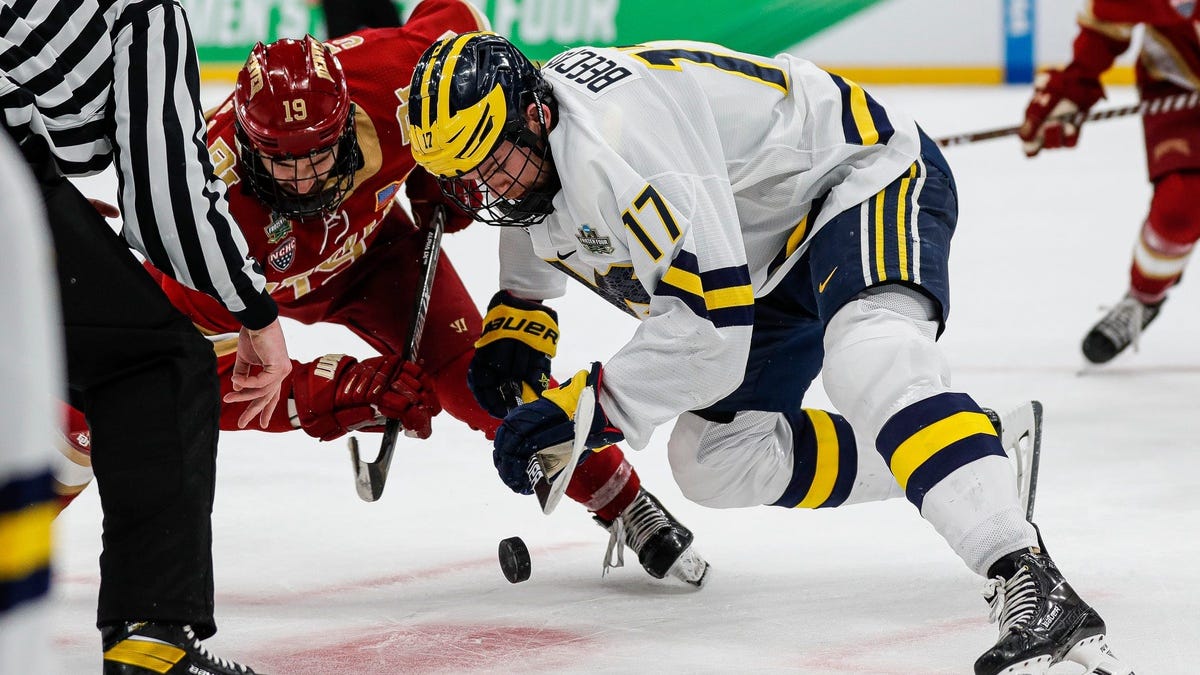 Don Sweeney: ‘The rhetoric’s been a little unfair’ toward Johnny Beecher