When Jake DeBrusk signed a two-year, $8 million extension on trade deadline day in March, many assumed it was done with the goal of making it easier to trade DeBrusk later that day.

Of course, DeBrusk wasn’t traded. The Bruins held onto him, and he played some of the best hockey of his career from that point forward, recording 10 goals and six assists over the final 20 regular-season games, plus another four points in the first-round series against the Hurricanes.

So, now what? Does DeBrusk still want out despite the strong finish and despite being under contract for two more years?

Asked about that at Monday’s “breakup day,” DeBrusk said he hasn’t given it much thought and will have to take some time to evaluate how he feels.

“I haven’t thought about it, to be honest with you,” DeBrusk said. “It was kind of nice to not think about it there since the deadline. I’ve been spending lots of time with the boys here. It’s been two days. I’ll go back home with my family and kind of go over the year more thoroughly and then kind of make my call from there. That’s kind of where I’m at.”

DeBrusk did say that he wouldn’t have signed the two-year extension if he wasn’t OK with remaining in Boston, though.

“Yeah. I don’t think I would’ve signed something like that if I wasn’t OK with that,” he said. “I think that obviously it was crazy circumstances around that time especially, but like you said, I’m signed for another two years. I was excited to sign that, and I think my game took off after that as well. I think that’s when, like I said earlier, I didn’t have to answer these questions for a while, so it was kind of nice. Sure enough, my game came around.”

DeBrusk played right wing (his off wing) on the top line down the stretch before then bouncing around a little bit during the playoffs. He said that where he plays in the lineup, or might play in the lineup next season, won’t be a big factor in whether his trade request remains open or not.

“I don’t think it really has any bearing on my decision,” he said. “It’s one of those things where I’m happy I was able to play there. That’s something that was listed about me, that I couldn’t play on the right side, on the off side. It was nice to find my game there. I got comfortable there. I think in the series, I kind of bounced around a couple different lines as well. So I want to be a versatile player overall, and any way I can help the team, it’s usually the way I can do it.” 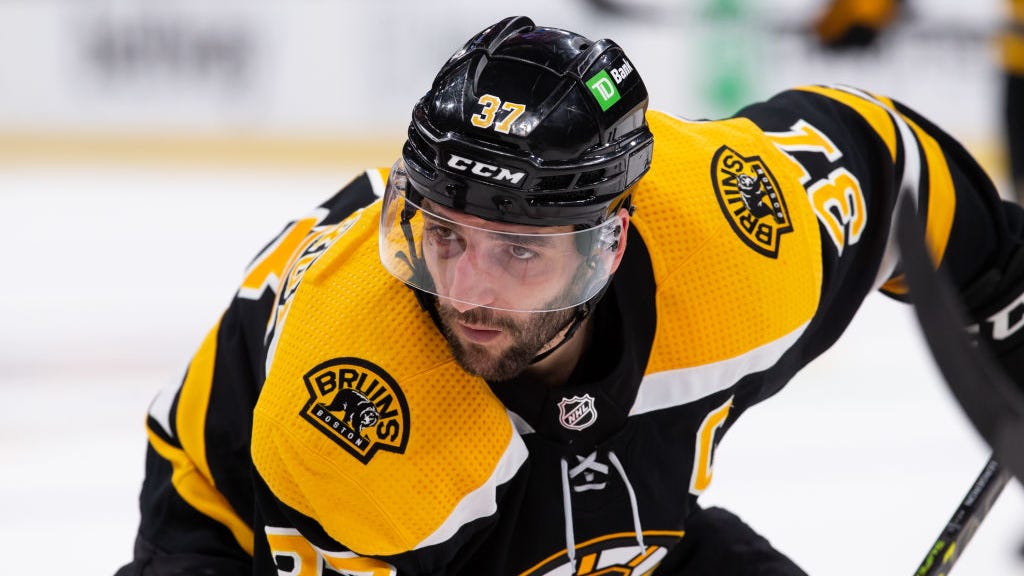 Patrice Bergeron shoots down possibility of playing for another team