If you’re just catching up on what happened with the Bruins over the holiday weekend, don’t worry: They didn’t trade away a young star on July 4 again.

They did officially name their new coach on Friday afternoon, and Jake DeBrusk, through his agent, publicly rescinded his trade request on Monday.

The Skate Pod: Reacting to Bruins' hire of Jim Montgomery

The Bruins were also linked to a pair of free-agent centers by some prominent league insiders. Sportsnet’s Elliotte Friedman wrote in his “32 Thoughts” column that the Bruins are “believed to have interest” in Vincent Trocheck, while also noting that Boston is “not expected to rebuild.”

Then Nick Kypreos of Sportsnet 590 The Fan in Toronto said that the Bruins are one of at least two teams -- along with the Seattle Kraken -- that may be willing to go as high as $8-10 million a year for Nazem Kadri.

Kypreos on Kadri: "The number I hear is it starts at 8 and it could go as high as $10M, the teams that I'm hearing out there, two teams that can stroke that cheque right now are Seattle and the Boston Bruins".

OK, so what do we make of all this?

For starters, that is a huge number for Kadri. And despite Kypreos saying the Bruins can “stroke that check right now,” they literally cannot write that check right now. The Bruins have just $2.38 million in cap space at the moment, and that is before an expected new contract for Patrice Bergeron.

General manager Don Sweeney would need to free up a lot of money to make a realistic run at Kadri. Moving a left-shot defenseman -- Matt Grzelcyk ($3.69M), Mike Reilly ($3M) or Derek Forbort ($3M) -- remains in play, despite the injuries on the blue line.

Up front, DeBrusk ($4M), Craig Smith ($3.1M) and Erik Haula ($2.38M) all have relatively tradeable contracts. Dumping Nick Foligno’s $3.8 million cap hit would be ideal, but it’s unlikely anyone would have much interest. Buying out Foligno (which would save $1.9M for this season, but would see a $900,000 cap hit carry over to next year) or burying him in Providence (which would save $1.1M for this year with no carryover to next year) would be more likely.

Still, even if the Bruins trade one of those defensemen, one of those forwards, and save some of Foligno’s money, they’ve freed up… maybe $8 million? That might be just enough to make them a player for Kadri, but they certainly wouldn’t be able to add anyone else beyond that. They could free up more by using long-term injured reserve for their injured players, but that's only a short-term solution. The Bruins would still need to be cap-compliant when all those player returns in November or December.

Of course, there’s also the question of whether Kadri is even worth that. We explored the possibility of the Bruins signing Kadri in depth back in May, but that was more in the context of if Bergeron retired. If the Bruins wanted to remain competitive but didn’t have a No. 1 center already on the roster, Kadri presented arguably the most realistic option that would be at least close to a No. 1 center for more than a year or two.

Still, signing Kadri for $8-10 million a year into his late 30s (he turns 32 at the start of this coming season and will likely get a six- or seven-year deal) is an enormous risk. Kadri undeniably had an excellent season -- 87 points in 71 regular-season games, followed by 15 points in 16 playoff games and a Stanley Cup with the Avalanche. He also does a lot of things the Bruins are looking for, like playing with an edge and going to the dirty areas.

But those 87 points were also a 26-point jump over his previous career high. Sure, if you’re getting something close to that kind of production every year, you have a No. 1 center. On the other hand, if you’re getting something closer to his career averages, you’re paying No. 1 center money to a No. 2 center, and you’re doing it until he’s 38 years old.

The other center the Bruins were linked to, Trocheck, won’t cost as much, but there are still questions about whether it would be wise to splurge for him.

Evolving-Hockey projects the next contract for Trocheck, who turns 29 this week, to be four years at $5.95 million per year. If you get the more offensive version of Trocheck on a consistent basis, that could be OK. If you don’t, then you’re overpaying for someone who’s maybe a slight upgrade over Haula and Charlie Coyle. Either way, Trocheck is only a No. 2 center and still does nothing to address the Bruins’ longer-term need for a No. 1 center.

The real takeaway from all of this is something we’ve known for a while now: Adding top-two centers via free agency is difficult and expensive, especially when you’re already up against the cap like the Bruins are.

The Bruins remain hopeful that Bergeron and David Krejci both return on relatively team-friendly deals. That would be the most efficient short-term fix. Chasing after Kadri or Trocheck when free agency begins on July 13 would be anything but efficient, but it’s something Sweeney may feel he needs to do given the lack of internal solutions. 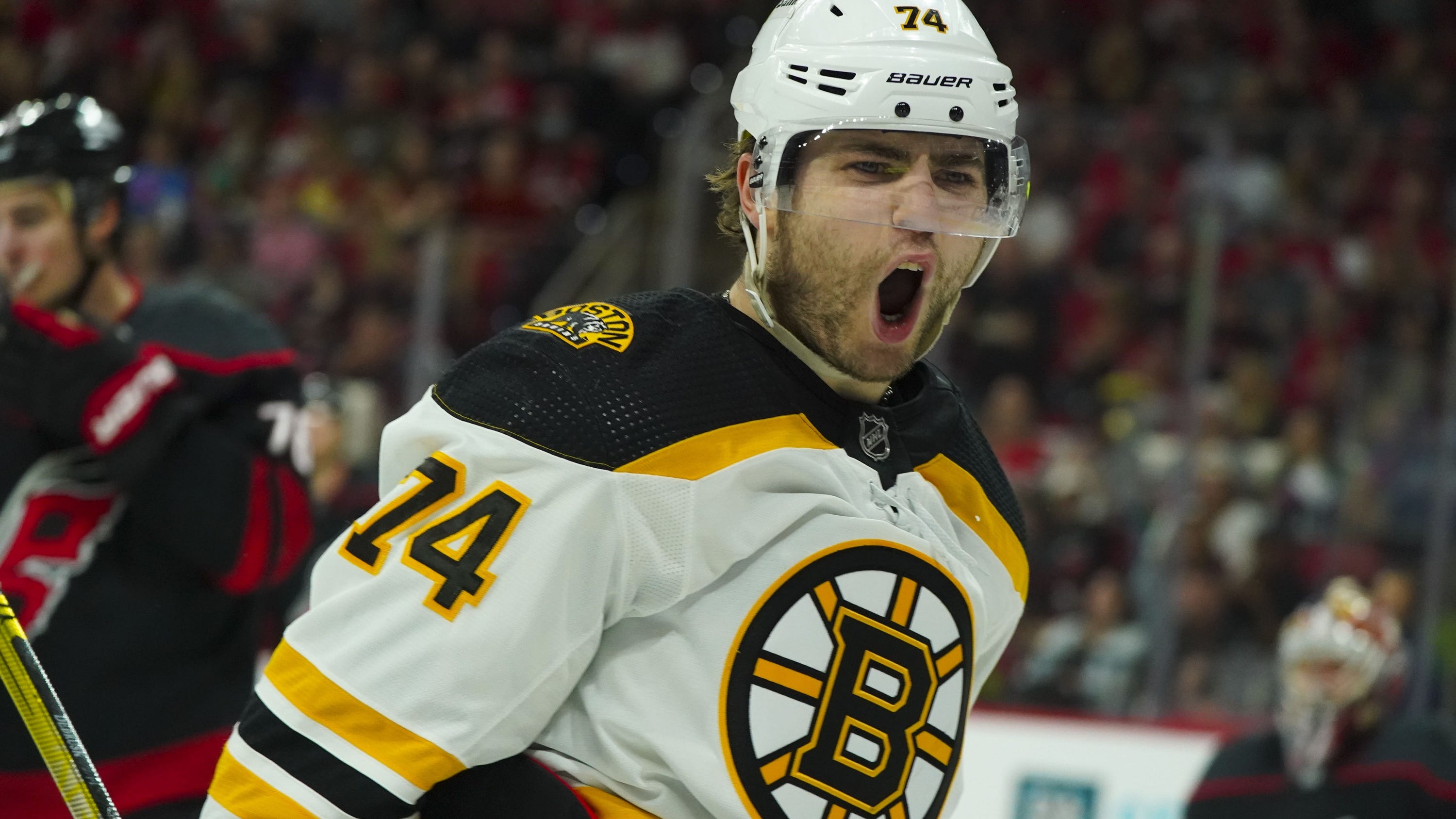