Sunday's season-opener at Gillette Stadium may have ended up as a disappointing 17-16 loss for the Patriots, but New England fans nonetheless had to be impressed by rookie quarterback Mac Jones.

The 15th overall pick completed 29 of his 39 pass attempts for 281 yards, one touchdown, no interceptions and a 102.6 passer rating. While he did miss a couple throws, for the most part he looked poised, made good decisions and got the ball where it needed to go.

As it turns out, Jones' debut performance actually made some history from a statistical perspective. On Sunday night, this stat from Mark Daniels of the Providence Journal went a bit viral (although it ultimately required a little bit of correcting, which we'll get to).

In NFL history, there have been 61 rookie QBs to attempt at least 30 passes in their first-career start.

No one has ever completed 70% of their passes.

Mac Jones completed 74% of his throws, which according to @Stathead, is the best mark among rookie QBs.

As Daniels would later clarify, the initial wording was slightly off. One rookie quarterback actually did have a better completion percentage in his first-career start: Blake Bortles, who completed 29 of 37 passes (78.4%) in his first start for the Jaguars back in 2014.

When you search for rookie QBs in their first start (min. attempts 30), Mac Jones has the second best completion percentage of all-time out of 131 players.

Sorry about the mistake in the first tweet! pic.twitter.com/U1lYBH7rpA

The impressive debut is obviously no guarantee of future greatness, as some of the names on the list above should make clear, but it's encouraging nonetheless.

Jones will match up against another rookie QB in Week 2 when the Patriots take on the Jets and No. 2 overall pick Zach Wilson in the Meadowlands. Wilson's Week 1 performance was more typical of a rookie, as he went 20-of-37 for 258 yards, two touchdowns, one interception and an 82.9 passer rating in a 19-14 loss to Carolina. He also got sacked six times behind a leaky offensive line that could now be without 2020 first-round pick Mekhi Becton, who suffered a knee injury Sunday. 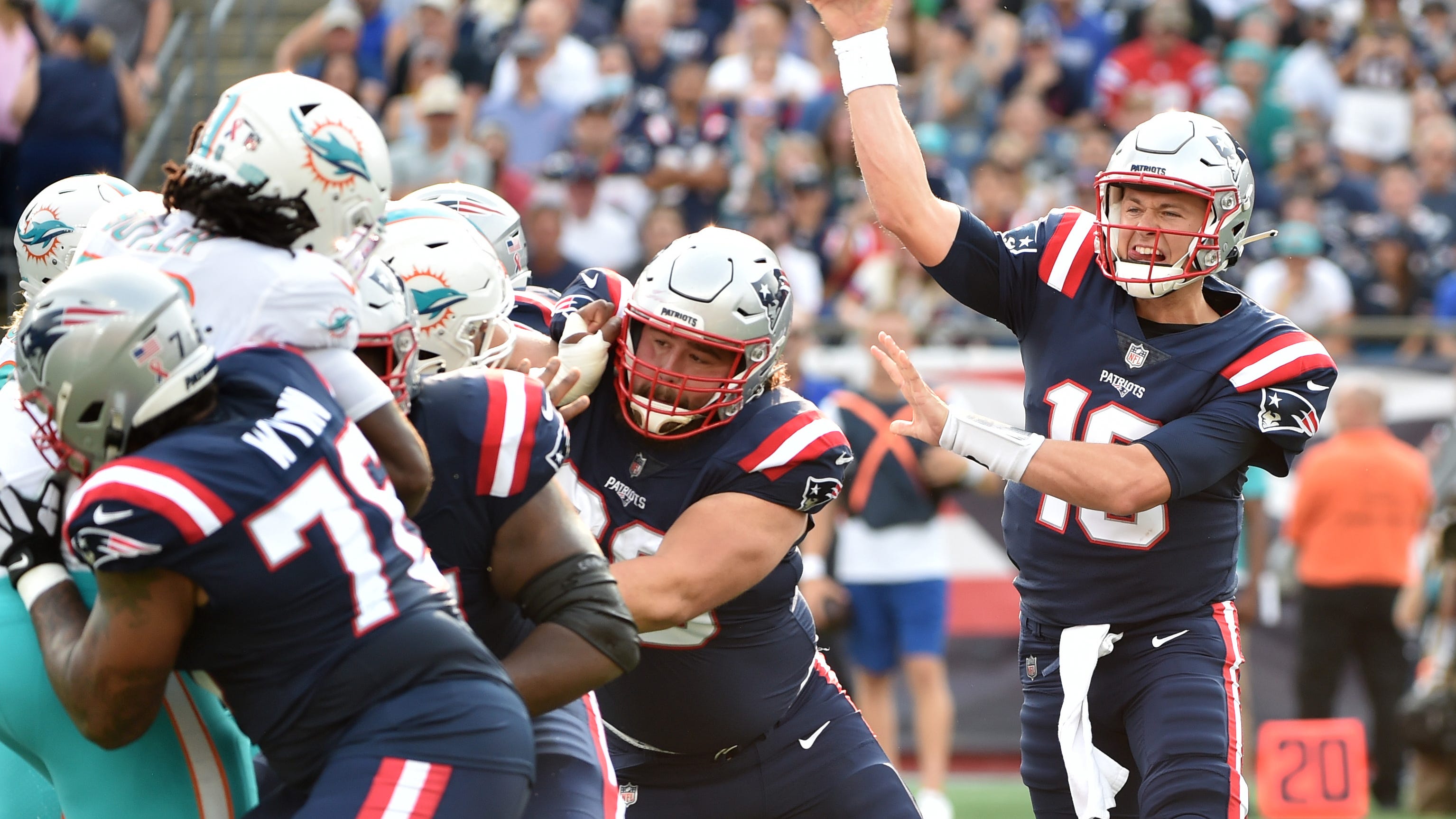