The Peacock Network has tabbed another longtime quarterback -- and former head coach -- in Jason Garrett to take over for Brees, according to Andrew Marchand of the New York Post.

The reported development comes as little surprise after Marchand had previously reported that Garrett was under strong consideration for the post.

Garrett, 56, has been calling USFL games for NBC this spring, following his dismissal last season as Giants offensive coordinator. Prior to that, Garrett spent 10 seasons as head coach of the Dallas Cowboys, the team with which he spent the bulk of his playing career as a backup to Hall of Famer Troy Aikman.

Garrett will be stepping in to Brees' old role as a studio analyst on the weekly Sunday night showcase game. It was unclear whether Garrett would also replace Brees for color commentary on NBC's broadcast of Notre Dame football games, Marchand reported.

Brees, a future Hall of Famer, departed NBC after one season marked by decidedly mixed reviews.

At least one prominent sports journalist and media critic, The Ringer's Bill Simmons, famously described Brees' performance on TV as akin to a "corpse."

The Saints legend has been vague about his future plans after his brief stint with NBC, suggesting he might give broadcasting another shot or perhaps pivot to something else entirely. 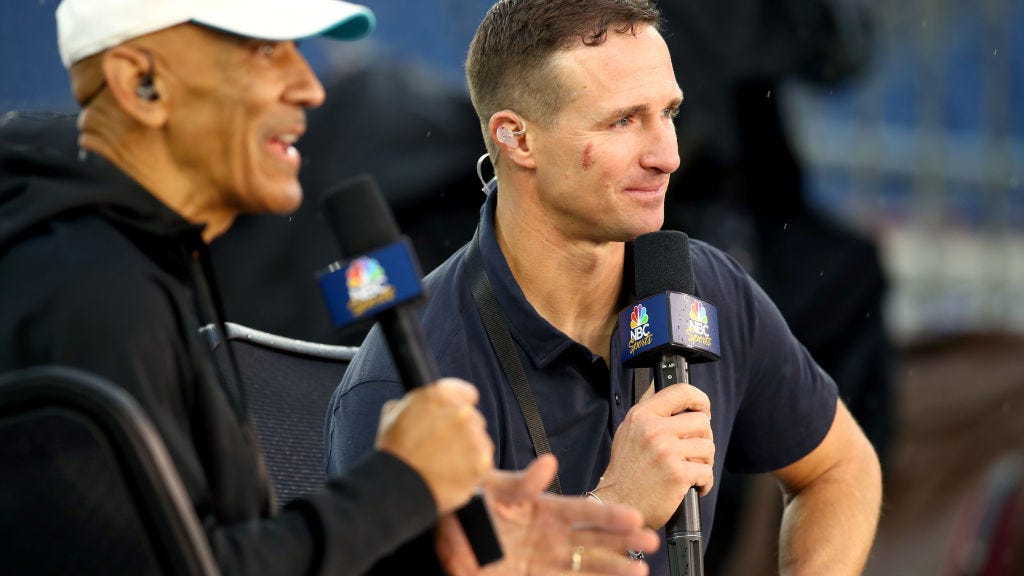