Following their uncharacteristically aggressive free agent shopping spree in 2021, the New England Patriots received mixed returns on their investments, trending more positive than not. Though there was no greater difference in ROI than with the tight ends.

Hunter Henry and Jonnu Smith were each signed to deals paying them $12.5 million per season (Henry’s deal for three years, Smith’s four). Henry had by all accounts a solid first season in New England, becoming one of Mac Jones’ most dependable targets, snagging 50 passes and nine TDs in the process. Smith, however, didn’t come anywhere near Henry’s production, let alone delivering on the hype he came to Foxborough with. The soon-to-be sixth-year tight end caught more flak from fans and media alike than he did meaningful passes, grabbing only 28 balls for under 300 yards and one touchdown. A disappointing debut to say the least.

While it’s safe to assume Henry will contribute similarly in 2022, Smith is a bit of a wild card. Barring injury he can’t underwhelm much more than he did last year. Any more output from him would be welcome, though it will take a whale of a turnaround to say his signing has been a success. Which is what makes NFL.com’s Bucky Brooks saying the Patriots have the top tight end duo in the NFL entering the 2022 season seem so wild.

Yes, you read that correctly; Brooks said the Henry-Smith tandem is the best tight end duo in the league. That’s a real headline, not something from The Onion, nor a 2021 headline before these players took the field for the Pats.

Brooks, a respected writer and analyst for the NFL who played in and scouted for the league, knows talent well. Here he’s obviously banking on Henry, ranked 10th at his position by Pro Football Focus, duplicating his output from a year ago, Smith finally finding his footing in Foxborough, and Mac Jones taking the next step in his second season under center. Writes Brooks, “With quarterback Mac Jones expected to take his game up a notch after playing at a Pro Bowl level as a rookie, the Patriots' dynamic duo could create plenty of headaches for opponents ill-equipped to deal with a versatile '12' personnel package.”

There’s no denying their size and athletic ability, but will Smith, entering his sixth season in the league, be able to cash in on the potential that led the Patriots to guarantee $31.5 million of his $50 million deal? He seemed out of place and unable to shake free time and again last season. Smith admitted he “missed some quality time” last offseason, so perhaps a full offseason and healthy camp in Foxborough will help him turn things around, as well as allow the new play-calling structure, if you will, to find ways to utilize his physical gifts. Smith did have eight touchdown receptions in his fourth and final season with the Tennessee Titans.

The Patriots will need the tight ends to play up to if not beyond expectations this season to keep up with their improving division, and conference, as well as make a veteran voice like Brooks look like a sage and not a fool for believing in this duo the way the Patriots did back in March 2021. 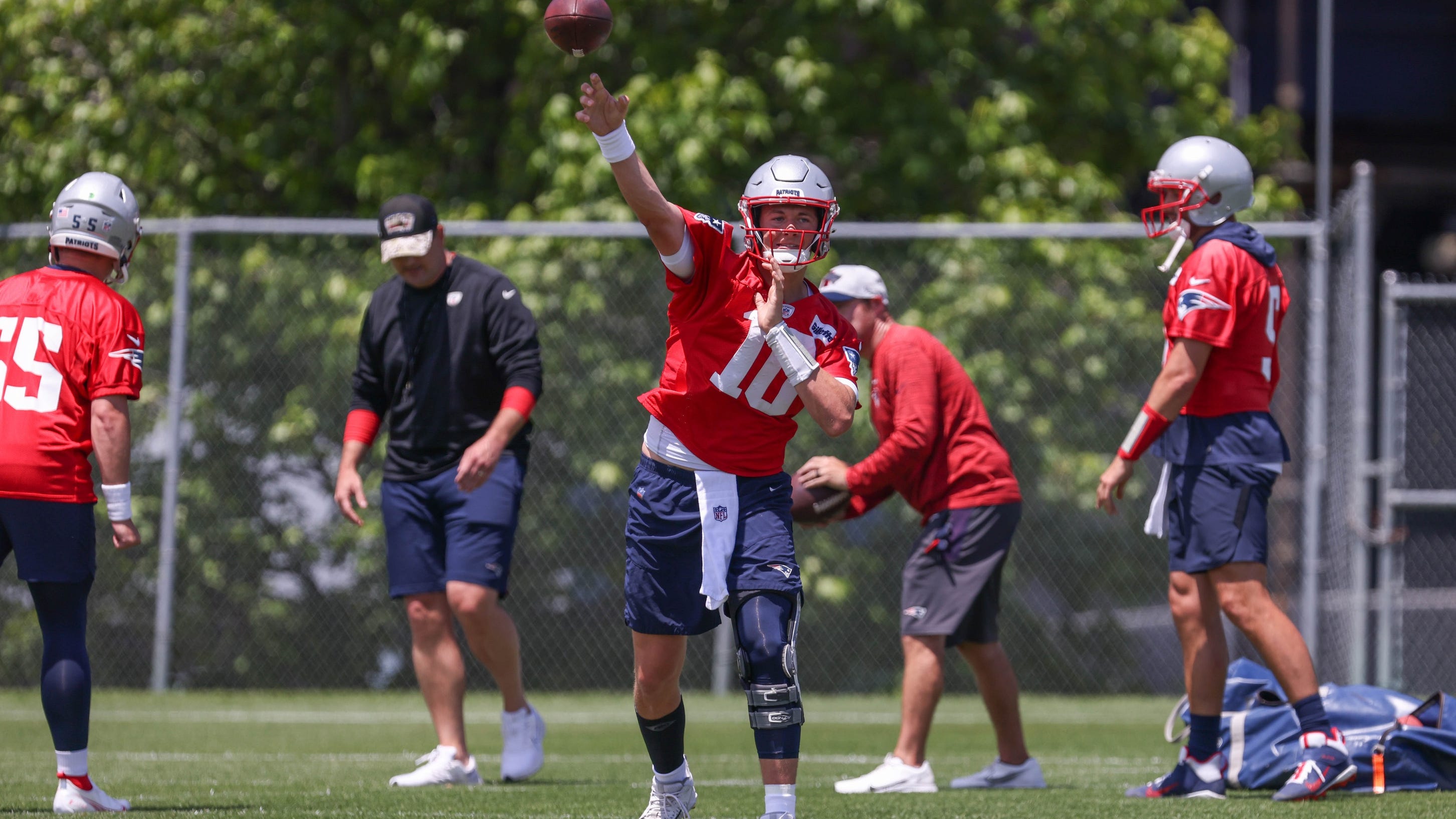 Mac Jones' throwing work seems to be paying off