Thinking of the state of play of the Patriots offense and the rampant mediocrity showing across the NFL these days has me thinking of some quotes from one of America’s greatest voices: Homer J. Simpson.

Good morning, a great American, Homer J. Simpson will be quoted in a column forthcoming on @WEEI about the Patriots offense & a lot of the play around the perfectly mediocre NFL right now. If parity is what they wanted, they got it.https://t.co/5MMBO4v1Gf

Yeah, the NFL wanted parity and boy oh boy did they get it. The problem is that said parity has come with a giant side dish of mediocrity. I hope your Thanksgiving side dishes are far more enjoyable on Turkey Day.

Take a few of the top teams in either conference out (Kansas City, Philadelphia and dare I say Miami) and you are left with a lot of mediocre teams and weekly results that are nearly impossible to project. Are you still alive in your knockout pool? If so, you’re looking really good for a large chunk of change this January. You’d also be exactly the second person I have encountered since the 2022 NFL season started to still be in the mix. An example of this parity/mediocrity is best exhibited with the suddenly hapless New York Jets. New York’s NFL little brother defeated the mighty Buffalo Bills (who were on top of the division at the time), then two weeks later came to Foxboro and put up three points in a 10-3 loss to the offensively challenged Patriots.

With mediocrity, however, comes opportunity for your New England Patriots, who at 6-4 currently sit as the sixth playoff seed in the AFC, moving up one position after Sunday’s snoozefest victory over the division rival Jets. Back on Friday, Oct. 7, I took the mic for my first “Late Night Friday Night” shift on WEEI. The Patriots sat at 1-3, immersed in a frothing quarterback conundrum but with a solid month and a half of scheduling opportunity in front of them. That night, despite their inconsistent play and their lagging offense (which has actually and unbelievably worsened since then), I declared on-air that the Patriots should win “five of the next six games versus the Lions, Browns, Bears, Jets, Colts and Jets again.” The Patriots did exactly that, going 5-1 over that soft six-week span.

Now sitting at 6-4, in the sixth AFC playoff spot, things get real for the perfectly mediocre, playoff-contending Patriots. The NFL and the AFC specifically has been compliant in the Patriots' winning record and current standing to date, but starting Thanksgiving night in Minnesota, the Patriots' season truly begins.

As records go, the Minnesota Vikings are right at the top with the league’s best, sitting at 8-2 atop the NFC North Division. Despite trying as hard as Buffalo did to lose its Week 10 match vs. the Bills, the Vikings won the most exciting game of the year to date: a 33-30 overtime battle that left fans across the nation finally feeling entertained. How did they chase that down a week later? On the short end of a 40-3 thumping to the Dallas Cowboys. The point is, expect the unexpected when it comes to the Vikings and the NFL as a whole with very few exceptions.

At 8-2, the Vikings should be a massive concern for hopeful Patriots fans strapping in with loose pants and full bellies on Thanksgiving night. Are they though? Coming off of a 40-3 stomping at the hands of the Cowboys and being led by the thus-far winless Kirk Cousins in primetime games, I’m not feeling too concerned about them. I am concerned about the Patriots' offense plenty but the point is, the NFL’s sea of mediocrity is doing its part to help keep the Patriots' 2022 season afloat.

The Patriots to date have proven a few things. Their defense can aggressively handle bad to mediocre (there’s that word again) quarterbacks; wins over Mitch Trubisky, Jared Goff, Jacoby Brissett, Sam Ehlinger and Zach Wilson twice proves that. They’ve also shown they can make plays at both the front seven level and in the secondary at critical moments. They have proven that they can kill you with 1,000 paper cuts, meaning with an array of drive-stalled field goals under 50 yards to scrounge up points. Belichick has proven that despite his very questionable entrustment of his fledgling offense to Matt Patricia and Joe Judge, he can still game plan his defense up to keep games tight and winnable. So, what’s left? That’s what we begin to learn Thursday night.

Now, despite the league’s parity, the upcoming schedule isn’t as bad. It features some opponents who tease mediocrity on occasion but that overall look better man to man and talent vs. talent than your New England Patriots do. That list includes Minnesota on Thanksgiving night, Buffalo (twice), Miami and the AFC defending champion Cincinnati Bengals.

So, with 10 games in the balance and a winning record for the Patriots, I guess this Thanksgiving that I’m thankful for the NFL’s parity and mediocrity. That very real situation has kept the Patriots' hopes alive. However, if you are looking for an early Christmas present, I don’t think the NFL will gift the Patriots anymore scheduling gimmies, though with the NFL these days, you never know. Happy Thanksgiving. 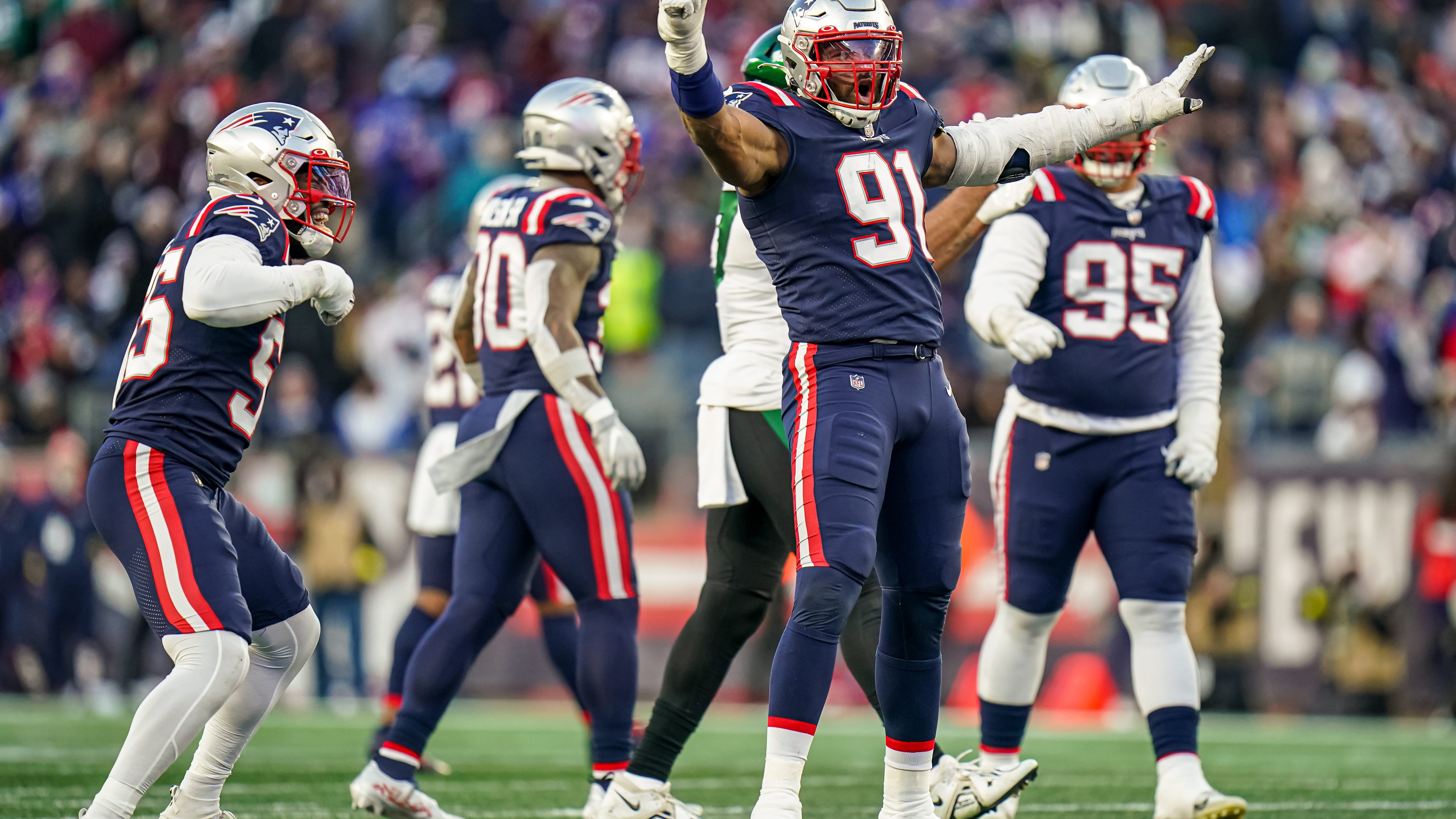 Why Bill Belichick’s defense is unlike any other elite defense in the NFL
Featured Image Photo Credit: USA TODAY Sports