Despite winning 10 games and making the playoffs with a rookie quarterback last season, expectations for the 2022 Patriots aren’t particularly high.

For example, their over/under for wins at most sportsbooks is 8.5. An underwhelming offseason that featured no big-splash player additions, some questionable coaching staff moves, and a couple curious draft picks has left many analysts scratching their heads and lowering expectations.

Rob Ninkovich may have been one of them earlier this offseason, but he’s not anymore. Appearing on The Greg Hill Show Wednesday morning, the former Patriots linebacker and current ESPN analyst explained why he now believes that New England will actually be better than last season and go 12-5.

“I think they’re a 12-win team,” Ninkovich said. “…Listen, six months ago I thought they were a nine-win team. What has changed from that nine-win team to a 12 that’s bumping up the wins? I’ll tell you what it is.

“Mac Jones, the reports and the progression this offseason at OTAs and minicamp. Number one, I think that he’s going to be better than we anticipate because he’s changed. If you see pictures of him, he looks different. He’s leaner. They said he’s been zipping the ball around, there’s more zip on the ball, he’s got more control. I think he’s gonna command the huddle better this year because he’s out of his rookie phase. Now he knows this is his team.”

In addition to Jones, Ninkovich is also high on the Patriots’ running game, especially second-year back Rhamondre Stevenson.

“I think the running back room is gonna be top five in the league,” he said. “Stevenson, I think he’s gonna break out big time. Big-time breakout year. … I think people are gonna be like, ‘Woah.’ Last year, when you saw the explosion, you saw the burst, there were times where he’d hit the edge and you thought, ‘Oh, he’s bottled up,’ and he’d drive for five more yards. He’s a big, strong dude. I think he’s gonna have a big year.”

Ninkovich also sees improvement in the team’s receiving corps following the addition of DeVante Parker. He did acknowledge question marks on defense, though, noting that some young players are going to have to step up.

“The receiving corps, I think they’ve improved too,” Ninkovich said. “Defensively, you have to have some pass rush. I think they’ll be a good defense. There’s some question marks at coverage linebacker. … Some young guys are gonna have to step up. I have faith in them. I think they’re gonna be better than people are anticipating. Bart Scott saying they’re gonna finish last in the division -- yeah, OK, can’t wait.” 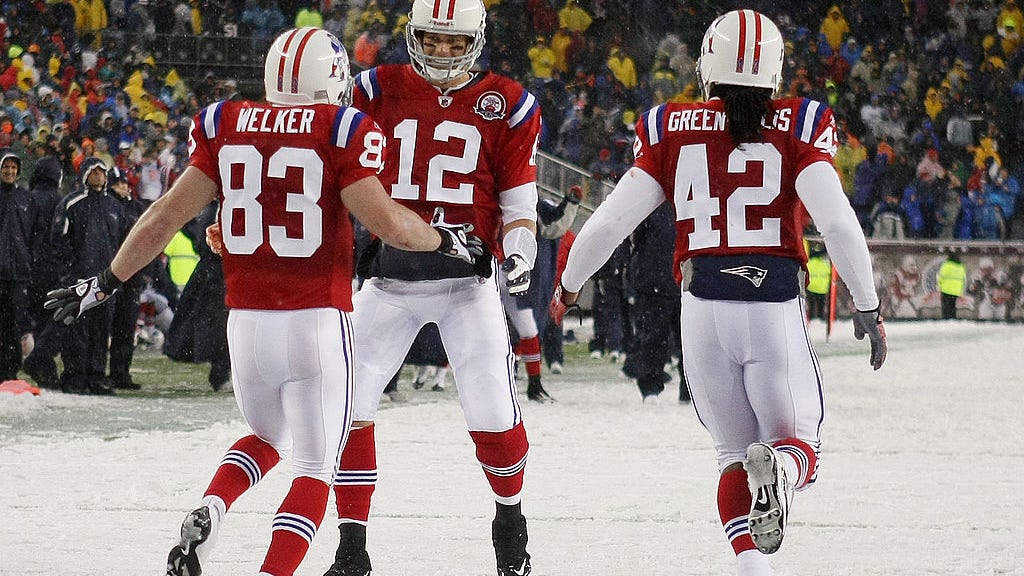