With Cam Newton's release from the Patriots, Mac Jones has won the starting job.

And that's right on the money for Saints legend Drew Brees. Speaking on a NBC Sports conference call this week, the new analyst Brees raved about the Alabama product.

“So as I was watching the draft, the minute the Patriots took Mac Jones at 15th, I said, that’s the steal of the draft,” he said. “It’s probably the guy who is most ready to play NFL quarterback right now, of all the guys who were taken before. His level of execution last year at Alabama, and I know we can sit here and argue he’s got the best players on the field on his side, on both sides of the ball, but in watching the National Championship game, that’s where it became very evident to me. This guy’s level of execution, his understanding of offensive football, his timing, his rhythm, his ability not only to make the routine throws, but to make throws that you’re going to need to make at the next level in order to win games and take care of the football the way he did, I felt like he was the most NFL ready.”

And he didn’t stop there.

“For all those reasons I think Mac Jones is going to have the most success of any rookie quarterback, not just this year but probably for the next few years,” Brees continued.

We’ll see if Brees’ prediction comes true, but based on the events of the past week, the Patriots seem very high on the Alabama product.

Brees' former team won't have to wait long to see if his analysis is on-point, with the Saints and Patriots set to meet Week 2 in New England. 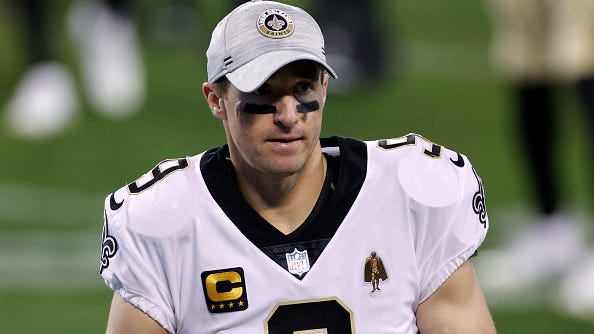 Drew Brees' message to New Orleans: 'Let's get to work and come back stronger'

━━━━
WWL Digital Sports Producer Jeff Nowak contributed to this report. Read the full version of this story on WEEI.com