Following news that free agent shortstop Carlos Correa switched agents to Scott Boras, it seems as if he has a specific price tag in mind.

According to Audacy MLB Insider Jon Heyman, Correa’s position prior to the lockout was to seek a contract worth between $330 and $350 million, with $330 million the clear minimum.

Based on reports of the offers Correa received, it did not sound like he was getting anywhere near that.

That is well below the 10-year, $325 million offer that Corey Seager received from the Texas Rangers.

Correa, who is regarded as the top free agent on the market, would likely would want to clear Seager’s mark. There were also some reports prior to the lockout that Correa wanted to clear Francisco Lindor’s 10-year, $341 million contract with the Mets.

With Major League Baseball still in a lockout, negotiations have halted until a new collective bargaining agreement can be reached.

Correa, 27, is a two-time All-Star and former Rookie of the Year with a slick glove, but is injury-prone and also one of the faces of the Astros’ sign-stealing scandal in 2017.

He has a career .277/.356/.481 slash line but is coming off a season with a career-high 26 home runs while driving in 92 runs and helped the Astros reach their third World Series in five years.

The Yankees, Red Sox, Dodgers, Cubs, Tigers, Braves and Astros are all reported to have interest in him. 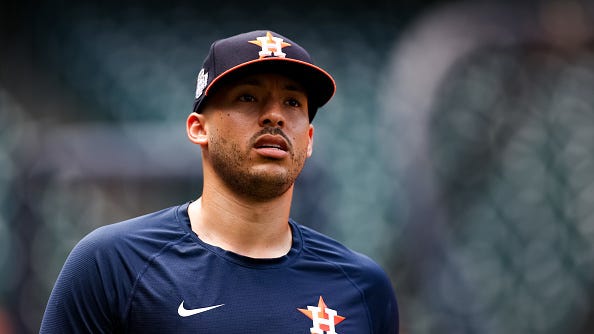