Estero High is 20 minutes from JetBlue Park. So when February rolls around it only makes sense for the kids who have any interest in baseball to drift over for an up-close-and-personal look at real-live big leaguers.

Josh Winckowski was no exception.

"Obviously as a younger guy having the ambitions that I did I went over the Twins and Red Sox spring trainings as a fan," Winckowski told WEEI.com. "I never got really close, face to face with somebody in spring training. They’re doing their thing."

In fact, the only time Winckowski hit the jackpot of meeting a major-leaguer during those spring training days was when he mustered up the courage to take a photo with David Ortiz in a nearby suit shop. That was six years ago. 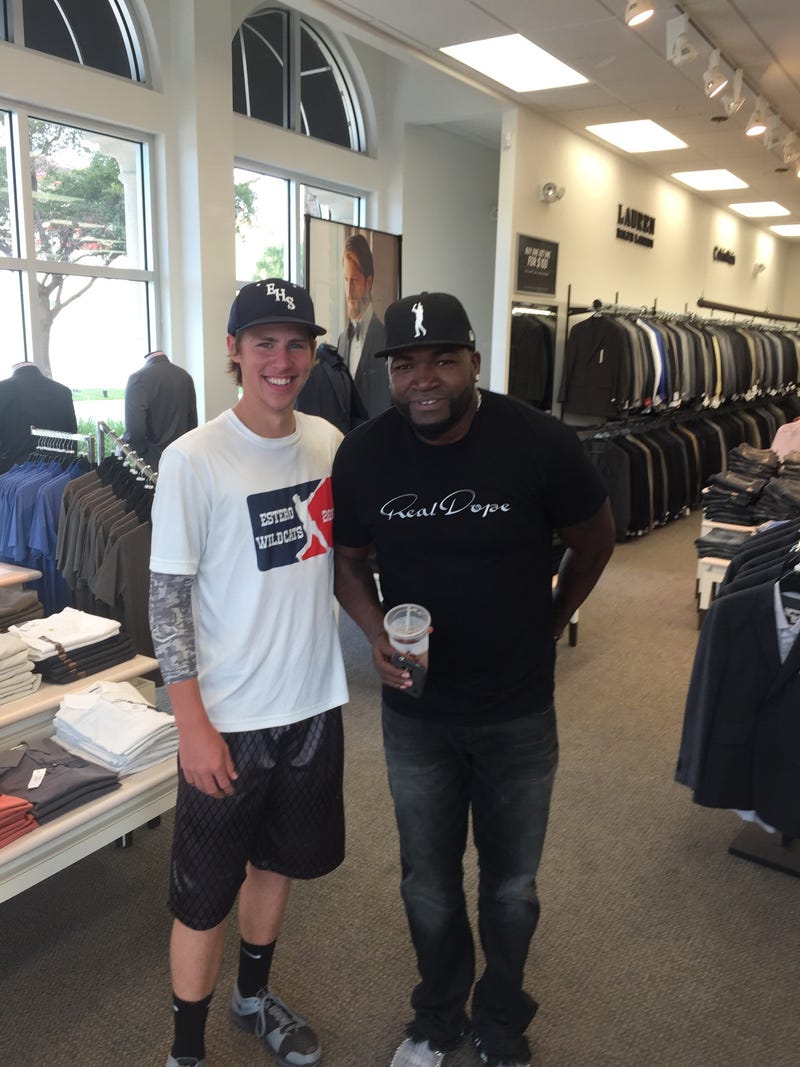 Starting this week, the 22-year-old is going to finally get his chance to get inside those spring training ropes.

Winckowski, who was part of the trade that sent Andrew Benintendi to the Royals, has been invited to participate in Red Sox major league spring training. This despite not only never getting a chance to fist bump the big boys as a Fort Myers-area high-schooler, but also never receiving an invitation as a professional pitcher to participate in any semblance of big-league camp.

Perhaps no professional baseball player has experienced the kind of 2021 whirlwind afforded Winckowski, a 6-foot-3 starting pitcher who had only known the Blue Jays organization since being taken in the 15th round of the 2016 MLB Draft.

It all started in the early evening hours of Wednesday, Jan. 27 -- 6:37 p.m., to be exact. That's when the first trade went down, going to the Mets in a deal that sent pitcher Steven Matz to Toronto.

"On the Jays, I really didn’t think I would ever get traded," Winckowski said. "I thought I had done well enough on the Jays but wasn’t known well enough around baseball or had the prospect status. I always kind of thought the Jays asking price for me would be a little higher than other teams were willing to give up. So the initial trade from the Jays was super surprising. So the Mets trade for me and you have 20-25 calls and you’re just trying to get acclimated and you’re describing yourself a whole bunch."

Then, almost two weeks later to the minute, the process happened all over again. That time, his phone showed 7:38 p.m.

"At the time of the Boston trade I was actually on Apex (Legends video game) with a couple of my Blue Jays buddies," he remembered. "We were in the middle of the game and I could feel my phone rumbling on my desk. It was getting later in the game and it was getting pretty intense, but I turn it over and I had two calls from my agent, a voicemail and a couple of buddies texting me, ‘What is going on?’ I’m like, ‘I think something crazy is going on. Can we get this game over with.’ So we come in like third-place and I finally check with my agent and sure enough, he’s like, ‘You got traded to the Red Sox.’ I’m like, ‘No way.’ I mean I was a Met for a week and a half. It was just so surprising. You always know it’s a possibility but … It was just really surprising. I was expecting to play a little bit for the Mets, at least."

Winckowski was a man in demand, and he had the transaction log to prove it.

He had performed admirably at every level throughout his professional career, winning Pitcher of the Year for Single-A Vancouver in 2018 while starting the Midwest League All-Star Game as a member of Single-A Lansing a season later. But, still, this was a guy whose signing bonus and publicity paled in comparison to those being classified as the Jays' top prospects.

But people were taking notice, something Winckowski found out in a hurry.

"I’ve had some good years in the minors and have been fortunate to perform pretty well. There was definitely times where my stuff, my velocity didn’t feel overwhelming and I think that’s one of the reason I went under the radar," Winckowski explained. "But last year in the fall at instructs I kind of saw a little bit of a velocity climb. Going into the 2020 season I got with my agent in Tampa and that was the best I had prepared for a season. I felt really good going into the year. COVID sucked for everyone, but I was really disappointed to go home. The little time I did have a 2020 spring training with the Jay I felt like the best that I had ever felt on the mound. Then I think I saw that carry through in instructs in 2020 Fall. I know the Red Sox pretty much said to me. They said, ‘We’ve seen some of your velocity numbers grading higher.’ And the Mets had said something similar, thinking there was some untapped potential there. That was the messages relayed to me.

"Just being in pro ball kind of elevated my own game. Being more serious in the gym. When I was in high school I didn’t know what to do.

"As weird as this sounds, the longer I have gone in pro ball I have just kept telling myself, ‘You need to throw harder.’ As weird as that sounds. When you’re watching and you see (Jacob) deGrom and (Gerrit) Cole sitting 96-100. It’s like, ‘I kind of want to do that.’ My prep going into 2020, having a different mindset and physically being in a better place has led to that."

Now he finds himself throwing in the upper 90's, sharing a clubhouse with the likes of Chris Sale and Xander Bogaerts. People know his stuff, and they know his name ... a reality that was tough to avoid in the days after the Benintendi trade.

"I’ve always known the love Boston has for Benintendi, but now being traded for him — I don’t mind it at all — there were a lot of comments like, ‘We traded you for Benintendi. You better be good.’ You can definitely see how much the Red Sox Nation loved him," Winckowski said with a chuckle. "Hopefully I can fill his shoes in my own way."

He has finally found his new home just down the street from his old home. (Winckowski does think he rather spend spring training in a hotel instead of his childhood bedroom.)

The kid from Estero has started settling into his new lot in life ... admittedly still with a slight bit of caution.

"I think next Wednesday I will be sweating a little bit. Getting traded three times in a year would be pretty insane," he joked. "That Wednesday and then the following Wednesday after that I will be relaxed after that since I only get traded on Wednesdays. It's been crazy."