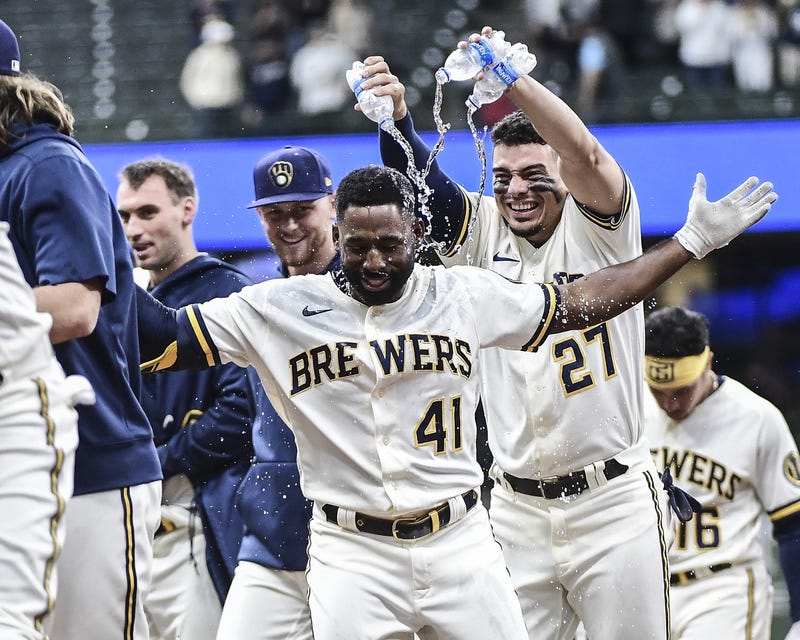 In a shocking move just before midnight marked the beginning of the Major League Baseball lockout, the Red Sox brought back a familiar - and popular - face.

In the final moments of the collective bargaining agreement, the Red Sox announced they made a trade with the Brewers that sent Hunter Renfroe to Milwaukee in exchange for Jackie Bradley Jr. along with minor-league infielders Alex Binelas and David Hamilton.

"This was one that a few days ago I would not have thought would have been on our radar but as things developed over the course of the last few days, something we felt made sense," said Red Sox Chief Baseball Officer Chaim Bloom. "Obviously, everybody here knows Jackie very well. True center fielders are hard to find and we feel we now have two of the best at that position. So what he brings to our roster is a very hard thing to find. Obviously moving Hunter leaves a hole but we felt having two premium defensive center fielders is a huge boost to our roster and we’re also excited about the minor league players we got so we felt this was something that made sense for us right now and also has a chance to pay dividends down the road."

"This is home for Jackie and recognizing that it was a tough year for him, I think we all know the ability he has is better than what he showed this year," Bloom said. "I think coming back here, we’ll be able to get him back to a lot of what he used to do. Defense has always been his calling card but we know he’s a better hitter than what he showed this past year and we’re optimistic we’re going to be able to get him back to something resembling who he was here for so long."

As for the minor-leaguers coming back to the Red Sox, Bloom offered some analysis on each.