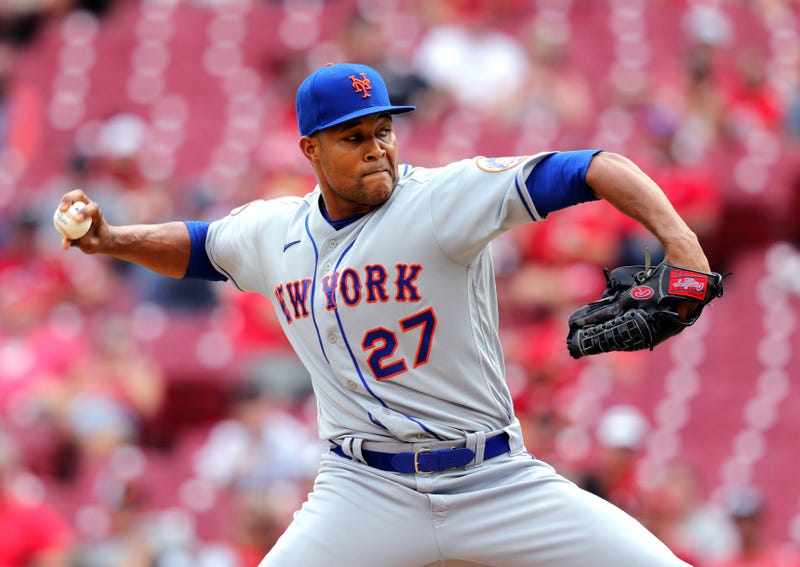 While so many are focused on replacing Eduardo Rodriguez in the starting rotation, or possible pursuits of big-name free-agent middle infielders, the Red Sox have another task this offseason - finding late-game relievers.

According to a major league source, one name the Sox have expressed interest in is Jeurys Familia.

With the exception of a few months in Oakland, the 32-year-old has spent his entire 10-year major-league career with the Mets, having just finished a three-year, $30 million deal with New York.

Familia is coming off a solid 2021 in which he finished with a 3.94 ERA, striking out 72 in 59 1/3 innings. He was particularly effective against right-handed hitters, holding them to a .231 batting average and .698 OPS.

The righty was somewhat susceptible to the long ball, giving up a career-high 10 home runs (all but one coming off Familia's go-to pitch, his sinker). But his overall stuff - that includes a four-seam fastball that averages 97 mph - offers an intriguing package.

Familia has plenty of late-inning experience, saving 51 games for the Mets in 2016. He hasn't served as a closer since 2018, but did pitch 51 times in the seventh inning or later in 2021.

Returning to the Red Sox bullpen are Matt Barnes, Ryan Brasier, Josh Taylor, Darwinzon Hernandez, Austin Davis and Garrett Whitlock (who may be moved to the starting rotation). Adam Ottavino and Hansel Robles are free agents.

And the @Mets combine to throw a 1-hit shutout 🔥 pic.twitter.com/Gq0JW1UqmQ