KANSAS CITY - It probably didn't cost the Red Sox the game, but was unsettling for Alex Cora and Co., just the same.

The scenario was this: Two runners on in the seventh inning with the Royals leading by a run. The Royals' Salvador Perez lines a screamer into the left field corner where it hit something and proceeded to ricochet out toward left field, plating at least a pair. Ultimately, Perez's liner is ruled a three-run homer, with the umpires saying it hit the foul pole.

After going to New York for replay assurance, the call was upheld, leading Cora to come out and ask about the ruling. After a minute or so what seemed to be fairly calm back-and-forth, the Sox manager was tossed out of the game.

Following the Red Sox' 7-3 loss to the Royals, this was Cora's recollection of what happened:

"Sometimes you see stuff in the ballpark and they go to New York and they have a different view or a different camera, or whatever. We all thought it was going to be overturned, that they were going to place runners somewhere. Probably they score two and Salvy is at second. In our eyes, and the replays I think we saw it, we thought the ball was in the ballpark and live in play. ... I don't want to get into (the ejection). I don't think I deserved to be thrown out in that one. I was very calm, asking what happened, and he threw me out. I guess it happens. We saw the replay, and obviously you cannot argue decisions like that ... I didn't deserve to get thrown out."

Alex Cora gets ejected for what appears to be light conversation pic.twitter.com/KP9SQEo7Cj

So, who was right? Probably Cora.

The piece of the wall that juts out just before the foul pole is fair because it has yellow painted on top of it. But the facing of it is not painted with the same yellow stripe, which signifies a piece of the pole. (While the ballpark opened in 1973, many believe this part of the park was put in during 2009 renovations.)

Thanks to a mark left by the baseball, it appears as though it didn't strike the yellow. 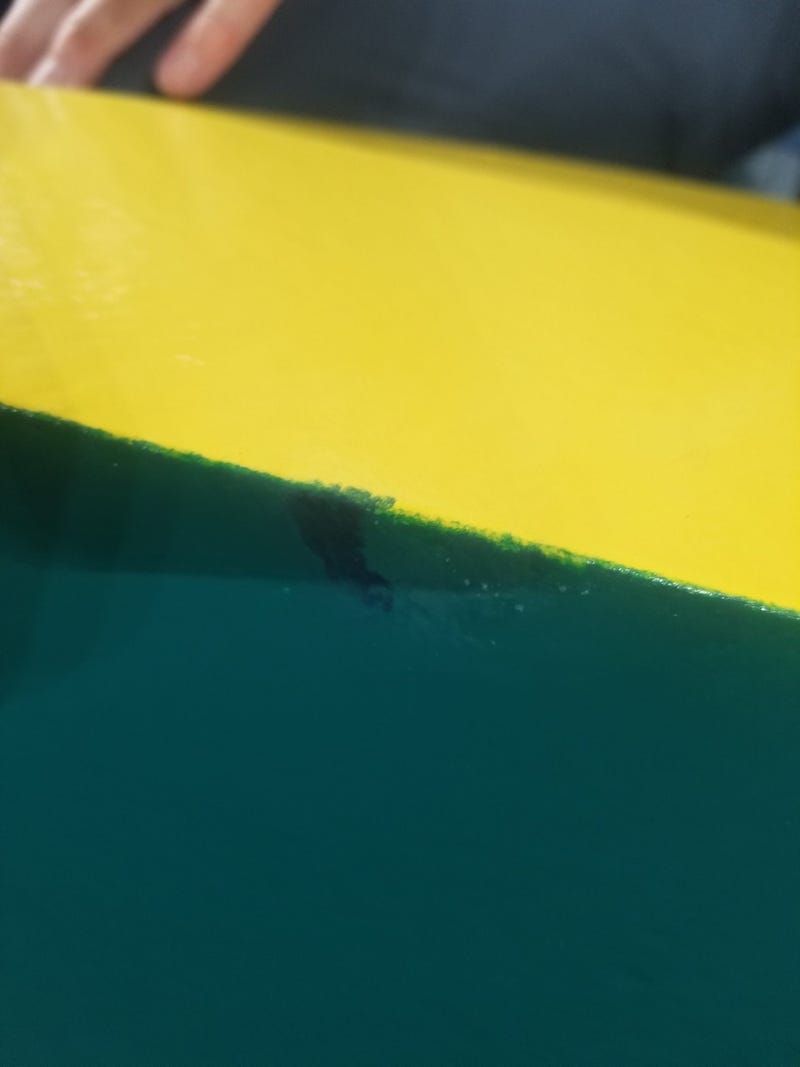 Here is a better look at the weird extended part of the fair pole https://t.co/umqGvTwmjl pic.twitter.com/x88EFwTf0X

"No, I don’t even know if that part of the stadium, if that green box … I never remember a ball being hit off of that," said longtime Royal and new Red Sox Eric Hosmer, echoing the recollections of even the longest-tenured Kauffman Stadium media members. "I never remember a ruling like that. So that was a new one for me, as well."