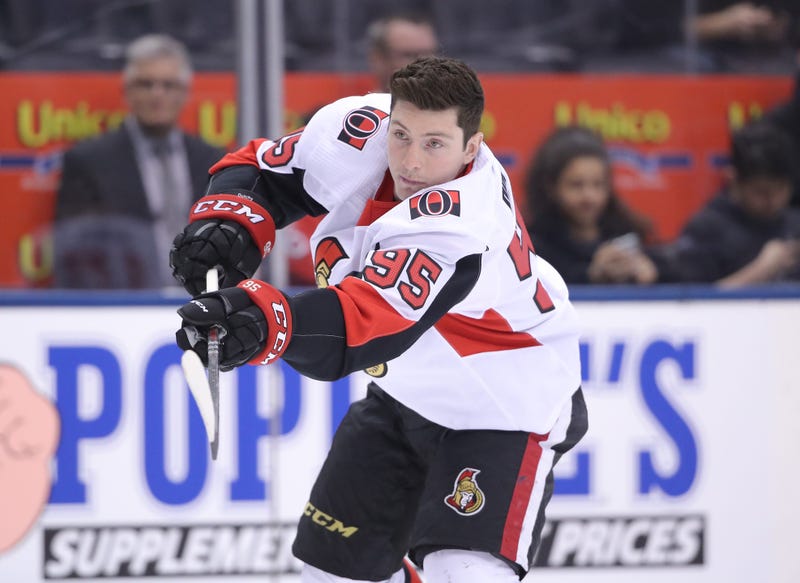 It is very likely that the Ottawa Senators are going to trade forward Matt Duchene before Monday's NHL Trade Deadline at 3 p.m. EST.

On Thursday, the Senators sat Duchene, along with teammates Mark Stone and Ryan Dzingel, against the New Jersey Devils to protect their assets before a potential trade.

Back on Sunday, TSN's Darren Dreger reported that barring any last minute changes, the Senators were planning on trading Duchene before the deadline. The 28-year-old center is set to become an unrestricted free agent on July 1.

With Duchene on the trade market, it was expected that the interest for the playmaking forward would pick up around the NHL. Some teams would like to rent a player like Duchene for their playoff push this season, and then let him walk when free agency begins. Other teams would like to acquire Duchene with the hopes of then signing him to a long-term contract extension.

On Thursday's edition of TSN's Insider Trading, Dreger dropped a preliminary list of teams that may have already expressed interest in Duchene's services.

"We believe that there are as many as five teams, in the moment, that have expressed interest in Matt Duchene. The three serious contenders, and this could change literally hour-by-hour, are Nashville [Predators], the [New York] Islanders, and [the Columbus Blue Jackets]. There are some who think Buffalo is in, some who aren't so sure about that. Likewise for the San Jose Sharks. As a rental player, that No. 5 probably goes up to seven or eight [teams]."

Sabres general manager Jason Botterill has reportedly said to other teams that he is not interested in trading any of his three first round picks this year for a rental player. If this deal were to be made, it is likely that Botterill will be looking to get an extension signed with Duchene as soon as possible.

Dreger also mentioned that the Sabres would not be the only team interested in a similar situation.

"A number of the teams that are expressing interest in Matt Duchene want to see whether or not they can extend. Although, the Ottawa Senators are not in a position yet with Matt Duchene where they've contacted Pat Brisson, the agent for Duchene, to get involved to negotiate or at least have a conversation about that extension.

So far this season, Duchene has scored 27 goals and 58 points in 50 games played. This production comes while playing on a Senators team that finds themselves currently in last place in the NHL standings with a 22-33-5 record and 49 points.

In his 10-year NHL career, Duchene has 228 goals and 535 points in 704 games. He was originally drafted by the Avalanche in the first round (third overall) of the 2009 NHL Draft.

We'll have complete coverage of the NHL Trade Deadline next Monday on WGR from 6 a.m. to 7 p.m.

Coverage on the NHL Trade Deadline on WGR is presented by The Ideal You Weight Loss Center.