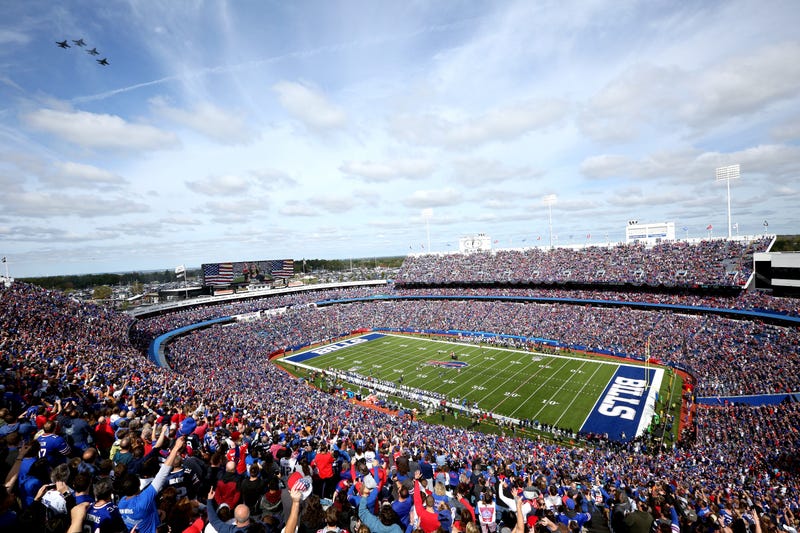 At his daily COVID-19 briefing on Monday, New York State governor Andrew Cuomo announced while on a visit to Roswell Park Cancer Institute in Buffalo that Western New York will begin Phase 1 of reopening the economy on Tuesday.

NEW: Western New York will begin Phase 1 of reopening tomorrow.They will have all the contact tracers needed in place.

Along with the Western New York region reopening, Cuomo said that he has been encouraging the major sports teams in the state to plan reopenings, but that the games will not have any fans in attendance. However, Cuomo added that the games can be televised, and that the state of New York will help those franchises to facilitate those matters.

New York State is ready and willing to partner with major sports teams that are interested in playing games safely, without fans.If our professional sports teams can make it work (& be safe) on their end, we’re supportive.

Also while being in Buffalo, Cuomo did say that one thing that he does want to do this year is be able to watch the Buffalo Bills play football this season.

However, the Bills still have a while before the team can begin opening their facility. A league source has confirmed to our own Sal Capaccio that the Bills are not in Phase 1 of the state's reopening, even though Western New York will begin that first phase on Tuesday.

Under Phase 1 guidelines, businesses like construction, agriculture, retail (limited to curbside or in-store pickup or drop off), and manufacturing are allowed to reopen after the state-wide pause due to the coronavirus. The Bills fall under the category of Phase 4, which includes arts, entertainment, recreation and education.

According to Cuomo, each region across the state will continue to reopen in phases, with "at least two weeks in between each phase." That would have the Bills opening their team facilities, at the absolute earliest, on Tuesday, June 30, as long as all continues to go well in the process.

While WNY can begin Phase 1 reopenings tomorrow, Bills office workers are considered Phase 2 (when that happens), with limitations based on guidelines provided by Commissioner Roger Goodell. Players and coaches are still subject to league guidelines before returning.

The National Football League on Friday announced in a league memo to all 32 teams that teams can begin to reopen their facilities as soon as Tuesday, provided that they "meet a preestablished set of protocols and have permission under state and local regulations."

This announcement made by the league would see no coaches or players allowed into team facilities, with the first group of employees returning be no more than 50% of non-player staff. However, strength and conditioning coaches helping out players who were already rehabbing will be able to work in the team facility. No teams can be allowed to reopen their facilities to coaches and players until all 32 teams are allowed to do so under league guidelines.