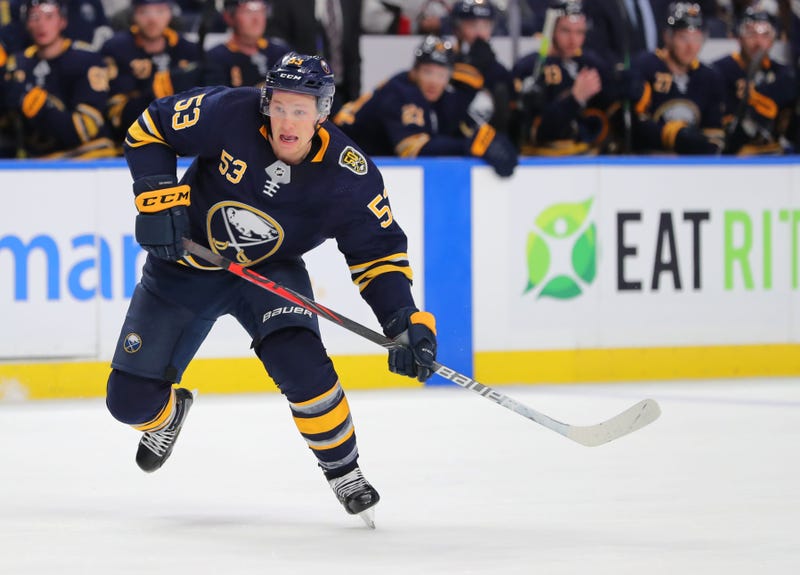 With the chance to close the gap on the playoff picture in the Eastern Conference, the Buffalo Sabres failed to take advantage of a hot start against the Ottawa Senators on Tuesday night at the Canadian Tire Centre.

After a pair of Brandon Montour goals helped give Buffalo a 2-0 lead in the first period, Ottawa quickly responded with four unanswered goals to go up 4-2 heading into the intermission. The Sabres were able to close the deficit to one on two separate occasions in the final 40 minutes of play, but the Senators held them off and came away with a 7-4 win.

With a win, the Sabres could have come to within six points of the Toronto Maple Leafs, who had lost earlier that night to the Pittsburgh Penguins. Instead, Buffalo currently sits eight points back of both the Maple Leafs and the Florida Panthers for the third and final playoff spot in the Atlantic Division with 22 games remaining in the 2019-20 season.

After a day off on Wednesday to recuperate from the loss, the Sabres returned to practice on Thursday to begin preparations for a road matchup with the Pittsburgh Penguins on Saturday afternoon at PPG Paints Arena.

Sabres head coach Ralph Krueger took some time on Thursday morning to join Howard Simon and Jeremy White for his weekly appearance on WGR. He touched base on the continued struggles of forward Jeff Skinner, the recent play of the Victor Olofsson-Jack Eichel-Sam Reinhart line, and more.

Krueger on the struggles of Jeff Skinner:

"When a shooting percentage is down 4% from a career average, you try to work on why is that, what are the better ways to do it. For us, it's just continued hard work and get solutions. That's what we do as a team, whether our power play is not working, whether we're taking goals on the rush or an individual player is not producing to the numbers he'd like to, you try to work with them on pathways that they can get there and that's what we're doing with Jeff."

"When a player is not producing, nobody is happy. The player is not happy, we're not happy and we're trying to find the solution and we work hard at it."

Krueger on the play of the Olofsson-Eichel-Reinhart line:

"These players are 24 and younger, and that is exciting for us. What we need is secondary scoring. The elite teams in the National Hockey League have that ability and we need to find a way to create some power in behind that line, and that's what we're working on and there are definitely arguments to look at different formations. When we're not in a playoff position, which everybody out there is reaching for and wants us to be.

"But we have to seize the powerful nature of that line and their 20-plus minutes on the ice together and what that gives us, we have enough skill in our other forwards to get something going and we're working on that as hard as we can right now.

Krueger on the progress of Rasmus Dahlin:

"He is, as a 19-year-old, simply an amazing player and he's still far from his potential. When he fills out physically, we get some more pounds on him as he naturally will grow, get that strength.

"We can all see what he does to the power play and how he's able to manage the puck up top there, at his age. Where is that going to end? His shot will become harder, his physical play will become more aggressive and his offense will continue to find opportunities for the players he's on the ice with. We're extremely excited with how Rasmus is developing here."

Krueger on the impact of the upcoming NHL Trade Deadline on the room:

"That always looms in the air in the National Hockey League. Since the beginning of the season, of course we're discussng everything daily and the thought process is very interesting, it's a lot of fun. We are always looking at potential options to make us a stronger team and we feel that in the air.

"But in the coaching room, I have to tell you that we are fighting to still make something special out of this season, we ahven't given up on anything that we're doing here, our picture remains small in the coaching room and the players. But with Jason, of course, I drift into the bigger picture on a regular basis and we will continue to try to improve the roster if we can, and to build a group that can get us to where we want to go in the future."