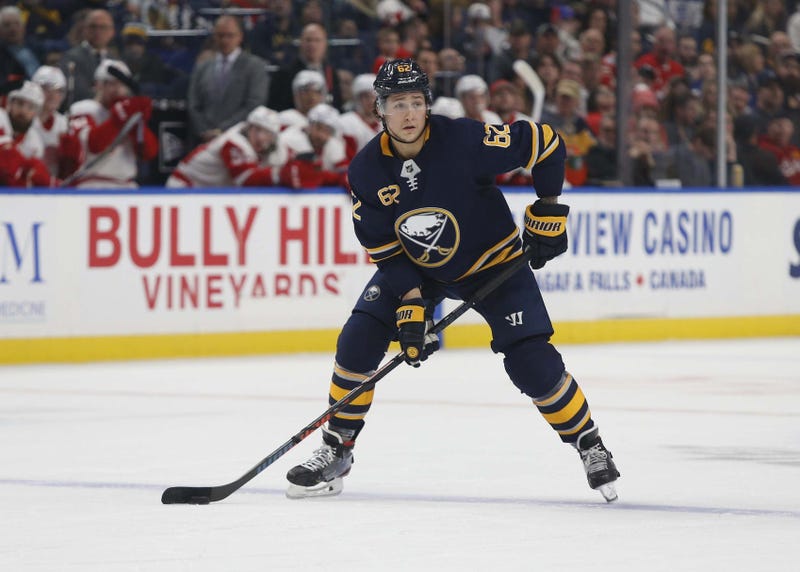 The Buffalo Sabres will be down another defenseman moving forward as Brandon Montour will miss the rest of the preseason with a hand injury.

Defenseman Brandon Montour will miss the rest of the preseason due to a hand injury. We will provide an update on his status at the conclusion of training camp.Forward Scott Wilson and defenseman Casey Fitzgerald are day-to-day with lower-body injuries.

Montour suffered the injury during the third period of Tuesday night's loss to the Columbus Blue Jackets. The 25-year-old registered two shots on goal, one hit and a blocked shot in 17:24 of ice-time before missing the final 12 minutes of the game.

The Sabres will provide an update on Montour's status once training camp has come to a close in about a week and a half.

Montour was acquired by the Sabres back on February 24 in a trade with the Anaheim Ducks that saw defenseman Brendan Guhle go back the other way along with a first round pick in 2019.

In 20 games with the Sabres last season, the right-handed defenseman scored three goals and picked up seven assists. He also registered 55 shots on goal while averaging 21:46 of total ice-time.

The Ohsweken, Ontario, Canada native is set to become a restricted free agent once the 2019-20 season is over.

The team also announced on Thursday that forward Scott Wilson and Casey Fitzgerald are both day-to-day with lower body injuries suffered during Tuesday's game in Columbus. Wilson did not finish contest after just 7:13 of ice-time, while Fitzgerald was able to skate in 19:23 of action.