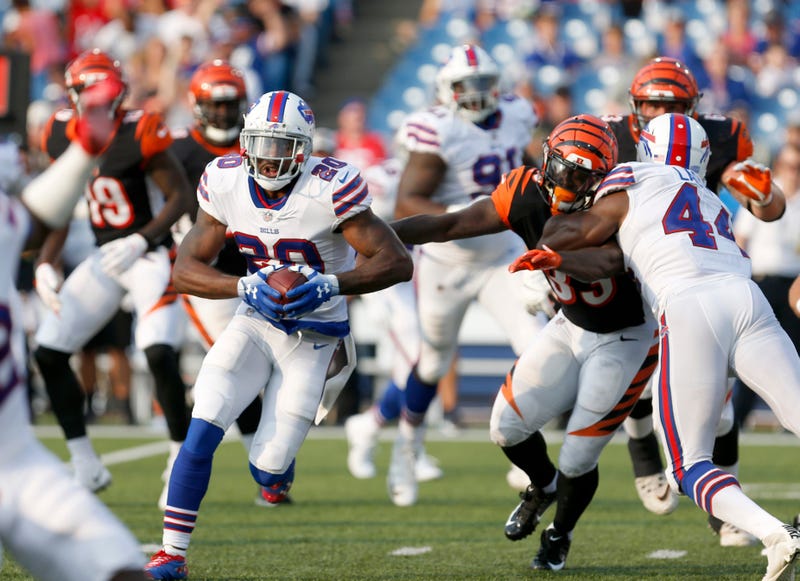 With less than a week until the start of Buffalo Bills training camp at St. John Fisher College, safety Rafael Bush is calling it a career.

The 32-year-old has decided to retire on Friday after a nine-year career in the National Football League.

To replace Bush on the 91-man roster, the Bills have signed free agent safety Kurt Coleman to a one-year contract.

Signed: S Kurt Coleman to a one-year contract.S Rafael Bush has retired from the NFL and has been placed on the reserved/retired list. pic.twitter.com/9BgeZ4v6XH

Bush entered the NFL in 2010 when he was signed by the Atlanta Falcons as an undrafted free agent out of South Carolina State. After one season primarily spent on the practice squad in Atlanta, the Denver Broncos signed Bush off the Falcons' practice squad in the 2011 season.

After signing as a free agent with the New Orleans Saints in September of 2012, Bush went on to spend four seasons with the Saints where he became a depth contributor to the New Orleans secondary.

After one season spent with the Detroit Lions in 2016, Bush returned to New Orleans for the 2017 season before joining the Bills for the 2018 season as a free agent.

In his lone season with the Bills, Bush appeared in 15 games, starting seven of those games while registering 45 combined tackles and 1.5 sacks.

Bush has been placed on the reserve/retired list by the Bills.

As for Coleman, the 31-year-old joins the Bills after spending the 2018 season with the Saints, where he appeared in all 16 games with nine starts, 32 combined tackles and a forced fumble.

Coleman got his career started with the Philadelphia Eagles in 2010 when he was selected in the seventh round (244th overall) out of Ohio St. University. In four seasons with the Eagles, Coleman appeared in 59 games while making 207 combined tackles, forcing two fumbles and making seven interceptions. In his first year with the Eagles, Coleman got the chance to play under the direction of current Bills head coach Sean McDermott when he was the defensive coordinator and secondary coach in Philadelphia.

After one season spent with the Kansas City Chiefs in 2014, Coleman went on to sign with the Carolina Panthers, where he got the chance to play in McDermott's defense once again. In three seasons with the Panthers, Coleman started in all 42 games that he appeared in, picking up 259 combined tackles, two sacks, a forced fumble, 11 interceptions and two touchdowns. Perhaps his best season came in the 2015 season where he put up 88 tackles, a sack, seven interceptions and a touchdown.

New Bills safety Kurt Coleman was a huge piece of Sean McDermott's defense in Carolina, playing over 92% and 93% of the defensive snaps in his only two years there. 2nd most on the defense in both years.

The Bills open training camp in Rochester on Thursday, with the rookies reporting to camp on Monday and the veterans reporting Wednesday.